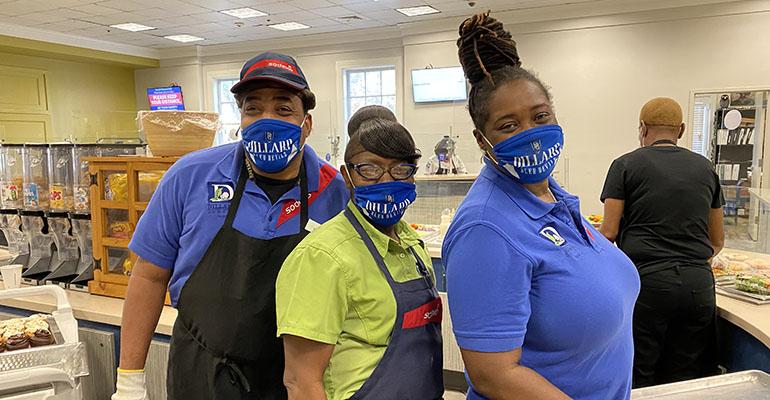 The culinary team at Dillard University is ready for a semester of being together with the community again.
Food & Beverage

Sodexo Chef Dennis Dunn is getting ready to roll out the welcome mat and laissez les bon temps roulez (let the good times roll!) for the returning campus community. Dunn and the team are working on some cool new events and features for the coming school year.

Dillard University has a lot of history. An historically Black university in New Orleans, Dillard was founded in 1930, but incorporates earlier institutions from as far back as 1869 after the American Civil War.

Operating a foodservice operation in New Orleans means being part of a rich culinary history, too. The etouffées, gumbos and of course—the famous dark roux—all tell a story that makes up part of the legendary culinary lore of this one-of-a-kind city. At Dillard University, Sodexo Chef Dennis Dunn has found several innovative ways to offer the signature flavors of Cajun and Creole cooking, but with a new, plant-based twist for today’s health-conscious college student.

He uses ingredients like mushrooms, yellow squash and zucchini to substitute for chicken in his signature gumbo. For example: “With a mouthful of gumbo, you’re not thinking, ‘where’s the chicken?’,” he says. “It’s all in how you prepare it.” 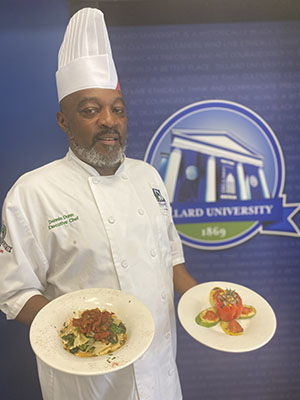 Dunn and the Sodexo team are getting ready for a new school year that will see dining services as an integral part of welcoming students back to the campus community in person. There’s a lot in the works, including some new dining spaces, according to Dillard GM Scott Price.

“What I’m most excited about this academic year is the new dining locations across campus,” Price says. “We’re introducing a We Proudly Serve Starbucks, a WOW American Eats and the return of our elite events in the dining hall. We’ve also planned several student engagement events for each month to create experiences that will be unforgettable.”

Price added that he’s personally excited to try more of Dunn’s food, especially the plant-based dishes, “as I am a pescatarian,” he says. Lucky for him, he’ll be able to try one of Dunn’s most popular dishes, fried grit cakes with Cajun shrimp sauce. Laissez les bon temps roulez (let the good times roll!)