Starting the day off in a decadent way, this donut along with others will be offered in OCC’s main dining hall and also in coffee shops around campus.

When the chef split a donut in half, filled it with marshmallow cream, char grilled it and drizzled it with chocolate, the s’mores donut was born.

After all, this is Upstate New York, where Buffalo wing love runs deep. This is an example of how savory and how spicy donuts can actually become!

Dipped in espresso, drizzled with chocolate and filled with mascarpone cream, this is a faithful donut recreation of the classic Italian dessert.

All the deliciousness of a baked potato with the added sweetness of the donut makes for a truly unique experience.

For those looking for a crunchy, salty donut, this is the ticket.

Two food items this good were meant to be together eventually.

Here’s another example of a savory ingredient—like perfectly crisp cheese—working like a charm on donuts.

It doesn’t get trendier than this!

The situation reached peak donut nirvana when the kitchen crew came up with this one.

This donut is actually a set of four mini donuts. Instagram worthy, indeed. 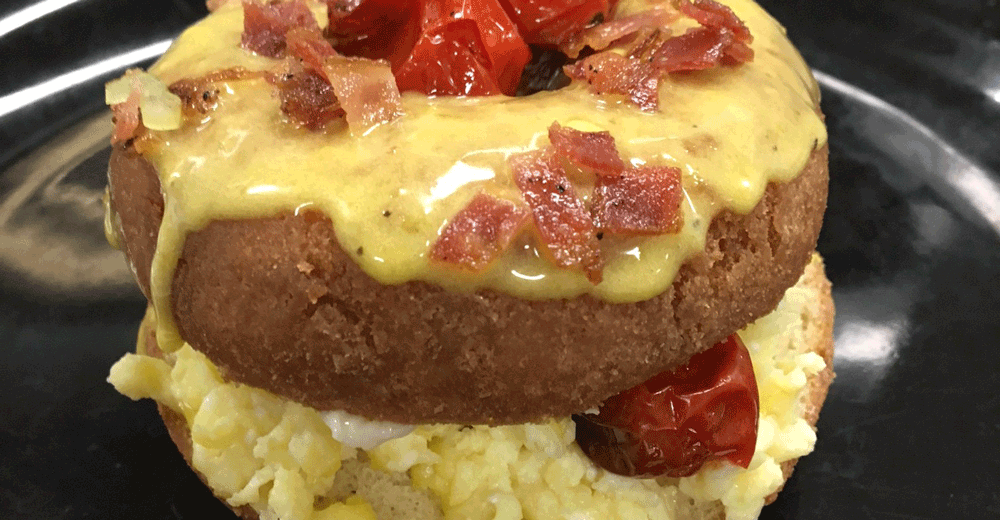 Next Up
8 cheesy, beefy, melty ways with cheesesteak
Start Slideshow ›