Flavor of the Month: Bonito is more than just a seasoning 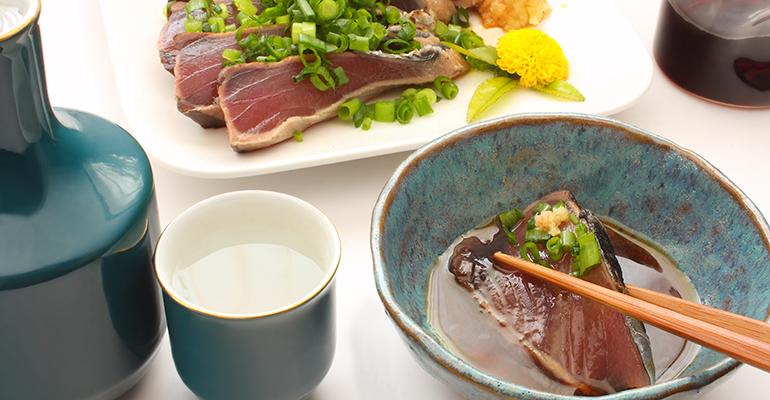 Bonito, a smaller cousin of the tuna, is a robustly flavored fish that can be used both as a center-of-the-plate item and, when dried, as a seasoning

In Japanese cooking, skipjack bonito is dried, fermented, smoked, shaved into flakes and called katsuobushi. It is an important component of the country’s cuisine and one of the main ingredients in the nearly ubiquitous broth, dashi.

Bonito has room for expansion on American menus. It’s currently found on around 1.8% of menus here, mostly in independent restaurants and fine dining, and has increased by 23% over the past four years according to menu research firm Datassential. There is a high awareness of it among Asian consumers, and 23% of the United States population as a whole knows of it. Around 11% have tried it.

As always, click through the slideshow to learn more about this Flavor of the Month, including a menu idea.