Flavor of the Month: Halloumi can be mild and creamy or strong and salty 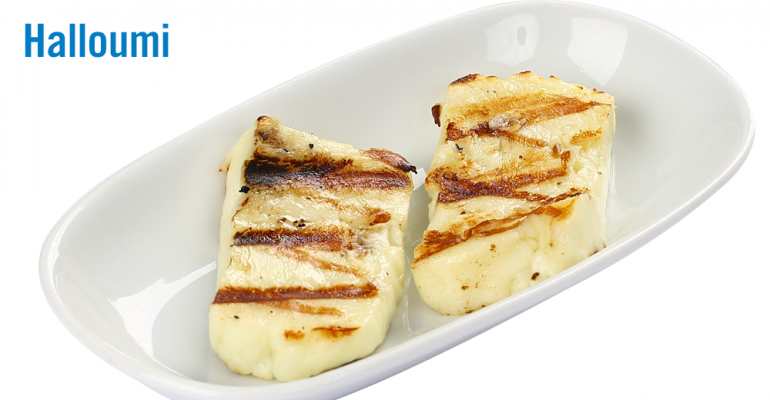 Start Slideshow ›
The cheese is popular throughout the eastern Mediterranean

Halloumi, a firm, slightly springy cheese, is made from goat and sheep’s milk and is popular throughout the eastern Mediterranean. It has a mild, creamy taste when fresh, though it is often aged in brine, resulting in a stronger, salty flavor. It holds its shape well under high heat, and is frequently shaped into a cube and grilled until it has a golden crust and chewy center. Often paired with mint, halloumi has grown on United States menus by 72 percent over the past four years.