Flavor of the Month: Rhubarb – the fruity vegetable of spring 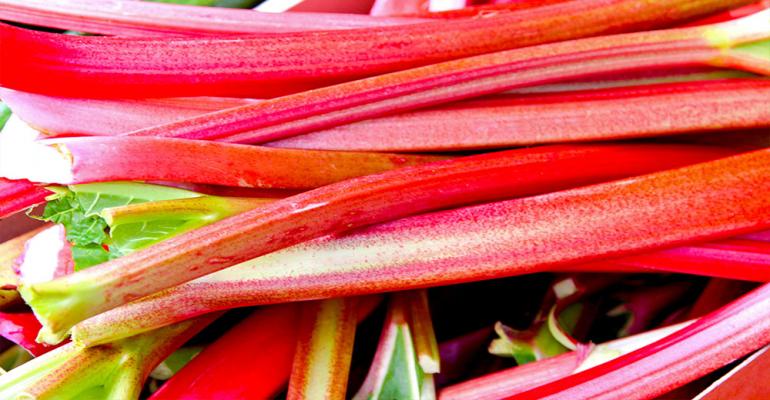 Rhubarb, the fruity sour plant that resembles a reddish-pink celery stalk, is best known as the sidekick to strawberries in springtime pies, but this bright vegetable is increasingly being found in beverages and savory dishes as well, adding a tart pop and a little fruitiness to cocktails and stews. The stalks, which are the part of the plant that is eaten, are a traditional ingredient in many jams, compotes and other preserves, and it’s also great sautéed or roasted with garlic.

Rhubarb is normally harvested between April and June in North America — and into July in the Pacific Northwest — and therefore is particularly abundant on spring menus.

Market research firm Datassential reports that mentions of rhubarb have increased on U.S. menus by 23% over the past four years.

Click through the gallery to learn more about this Flavor of the Month and get inspired by how one restaurant is using rhubarb on its menu.