Flavor of the Month: Romesco grows with Spanish cuisine’s popularity 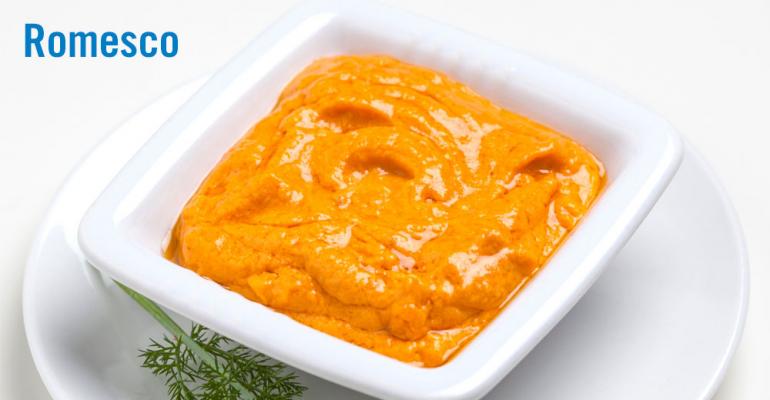 Romesco is a red pepper-based sauce made with nuts and garlic that originated in northern Spain. It has gained popularity thanks to an increased interest in Spanish cuisine as well as ethnic condiments in general. In fact, it has grown on menus in the United States by 90 percent over the past four years.

Quarantine cuisine: Food service menus change in the age of coronavirus
May 20, 2020