Hailing from the Mexican State of Jalisco, birria is a taco filling that’s part stew, part shredded meat and all flavor. Birria originally was made with goat, after the animal became a staple during tough times. Goats (chivos) were considered a nuisance, but a famine made them a useful meat. As a way to counteract the gamey flavor, cooks added lots of herbs and spices to the mix. Present day, birria can be made with beef or any other meat (or meat alternative), is sometimes served with an au jus-style dip and is being sought out more and more by taco fiends.

Food narratives do more than tell a story; they have the power to inspire. Sean Sherman, “the Sioux Chef” has been amplifying the story of indigenous foods that were around before Europeans arrived. Sherman, who grew up on the Pine Ridge Indian Reservation in South Dakota, shared several indigenous recipes with The New York Times, including a “Three Sisters” bowl with hominy, beans and squash; roasted turnips and winter squash with agave glaze; salmon with crushed blackberries and seaweed; wild rice and berries with popped rice and chia pudding with berries and popped amaranth.

Soft textures are the antidote for hard realities. Bao buns are giving soft, pillowy hugs to many fillings, from traditional Asian presentations to Southern fried chicken and okra. And dumplings of all kinds are stepping into the spotlight with their proudly stout and dimpled forms.

A little random cheer when it’s not your birthday is a vibe for these times! Sprinkles in a rainbow and sweetly delicate vanilla are making their way into lots of things lately (not just confections), including pancakes, ice cream, macarons, milkshakes and more.

Middle Eastern food has been capturing our imagination and taste buds for a while now, with za’atar becoming a recognized flavor and hummus found in suburban refrigerators everywhere. One element that deserves more attention, however, is labneh. Tangy and thick, think of it as a cross between yogurt and cheese that can be used anywhere you’d put a dollop of sour cream.

The American South’s gift to the rest of the world, pimento cheese may have started out as a homey dip, but it’s evolved to burger topping, sandwich spread, fritter flavor and more.

Feel free to call this a comeback! What was once the height of food trends in the 1980s is climbing back to the top. A new generation of chefs are discovering sun-dried tomatoes as a pantry staple that packs punch as an addition to flatbreads or whirred into an aioli. Along with canned artichoke hearts and capers, these little guys are small-but-mighty flavor bombs ready for action.

Calabrian chili peppers are small but mighty! First, you notice the gorgeous, candy apple red color. Bite into it and feel the fire. Found in jars like sun-dried tomatoes, these peppers are considered too spicy for many, and a little can go a long way as a pizza topping or a killer secret ingredient for that turkey sandwich.

Plant-based proteins have gotten a lot of attention, but now we turn our focus to dairy replacements like oat milk, which has been climbing steadily in popularity.

What started in Philly has become an ooey gooey sandwich enjoyed everywhere that’s in no way bound to strict rules about the cheese. We are seeing more of these on menus, with wildly different flavor profiles and components, and we are not complaining. (We’ll leave the “whiz wit” or without choice up to you when it comes to Cheez Whiz).

Your take on fast-food icons

How would you reimagine the Big Mac? Cheffed-up versions of fast-food faves are the antidote to too-serious menus. We’ve seen lots of Big Mac-inspired foods (with the essential elements of shredded lettuce, special sauce and sesame seeds), including a pizza, but not as many Taco Bell items. Chefs: Where’s your version of the Crunchwrap Supreme?

Balance out the fast-food love with crunchy, composed salads. While salad bars will likely never be the same again, once-forgotten salads like the Nicoise (green bean, egg, tuna), the chef (cubes of turkey, tomatoes, blue cheese) and the Waldorf (apple, walnut, carrot) are becoming menu MVPs. And it doesn’t have to be so old school, either. Package up a chopped Chinese-California salad or a Buffalo chicken salad as well.

Korean burritos are happening on Los Angeles food trucks. Takeout places in Houston are offering Cajun-Vietnamese crawfish egg rolls and crawfish pho. In Cleveland, there’s such a thing as the “Polish Boy,” a hot dog-style kielbasa covered with barbecue sauce, french fries and slaw that’s actually a signature of the Black-owned restaurant community there. Finding the history of foodways, allowing different cultures to intertwine, throwing out preconceived notions about “authenticity” and letting go of boundaries and rules is a great way to start the new year. 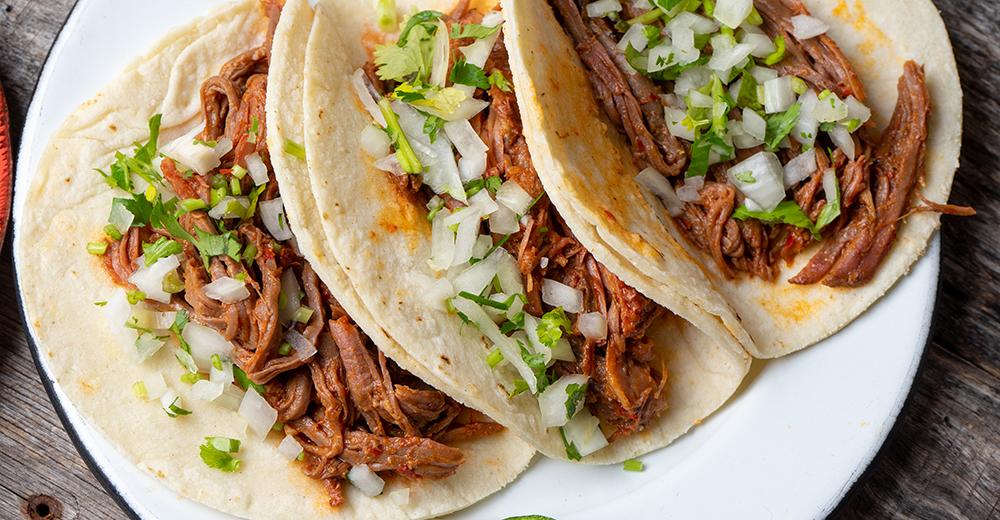