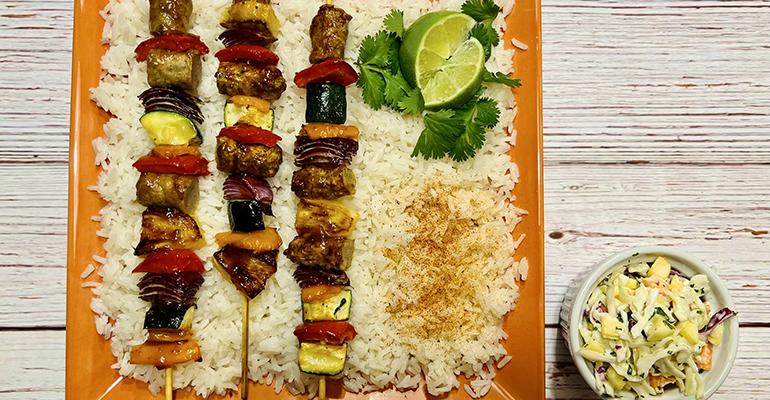 Gluten-free has a glow up

Gluten-free menu items aren’t new, but these fresh ideas, concepts and recipes sure are.

This we know for sure: People want gluten-free food. While it’s estimated one in 133 Americans have Celiac disease, more than that are sensitive to gluten and choose to avoid it. Manufacturers of gluten-free products are meeting that demand, expecting market size to reach $7.5 billion by 2027.

If you’ve been in the foodservice industry for a decade or more, you’ve most likely noticed that gluten-free has gone from an unusual special request that you may or may not have heard of to a big part of the menu, or even a whole concept.

“I think gluten-free has been around the block a few times,” says Sodexo District Chef Sarah Falls, CEC, CCA, of Liberty University[TF1] . “First, I think students saw it as a potential weight-loss or healthier food option, so it made those who actually have Celiac disease and have to eat gluten-free almost like a punchline, where no one believed it was that serious. There were limited options and we are always concerned because the space given by our clients doesn’t always allow for us to truly promise gluten-free. Sodexo has done a great job promoting and executing Simple Servings and most schools try really hard to give them a separate kitchen and a safe clean zone to eat from. Now, I think students are more educated about Celiac disease and are more respectful.”

When gluten-free food is paired with allergen-aware food or plant-forward food (which is what Liberty U is doing with The Hungry Herbivore concept) you are offering something for everyone, whether they have an autoimmune condition or not. Last year alone, FM reported on several gluten-free initiatives in the onsite foodservice space, including Sage Dining’s K-12 allergen-conscious concept.

But being popular doesn’t automatically equal being interesting, and the gluten-free menu isn’t immune to ruts and predictable pathways. We found chefs who are taking gluten-free food into the future with fresh new ideas. 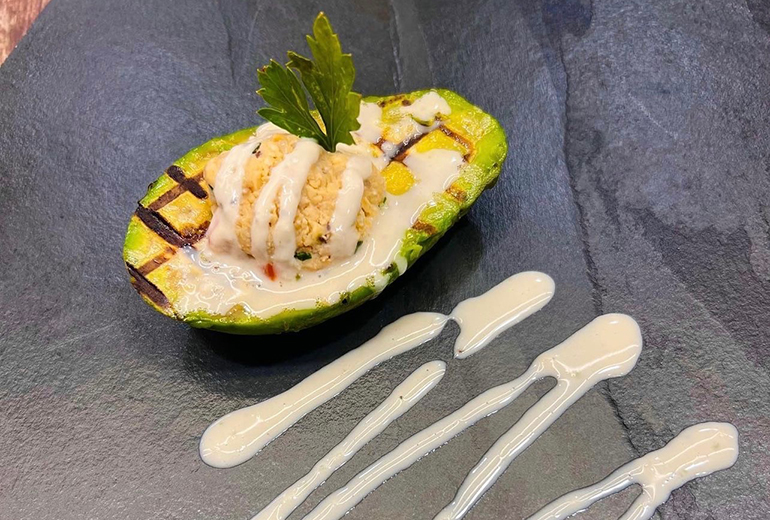 At Framingham State University in Massachusetts, gluten-free is on island time with this grilled avocado with vegan stuffing and Kaffir lime vinaigrette.

GF doesn’t have to be serious and boring

Of course you want to keep your guests safe and healthy. But gluten-free life can be fun, too. In the fall, Liberty University rolled out The Hungry Herbivore, a one-stop outlet for plant-forward, gluten-free dining. It’s a permanent, indoor structure, but it looks like food truck, complete with wheels, and evokes that road-ready adventurous spirit in the offerings.

So far, the top sellers have been the meatball marinara bowl, the chili fry bowl and the nachos, according to Falls. She says that while menu currently serves homey, diner/comfort vibes, students have asked for lighter fare, which will be rolling out soon. Merging gluten-free with plant-based presented a unique challenge, she says.

“Since we were trying to appease two different groups, it was a difficult task to marry these two specific food preferences/food allergens, so we do have GIO (gluten intolerant options) items in other areas that do include meat proteins. We focused the Hungry Herbivore menu as comfort-food handhelds and diner-style food,” Falls says. 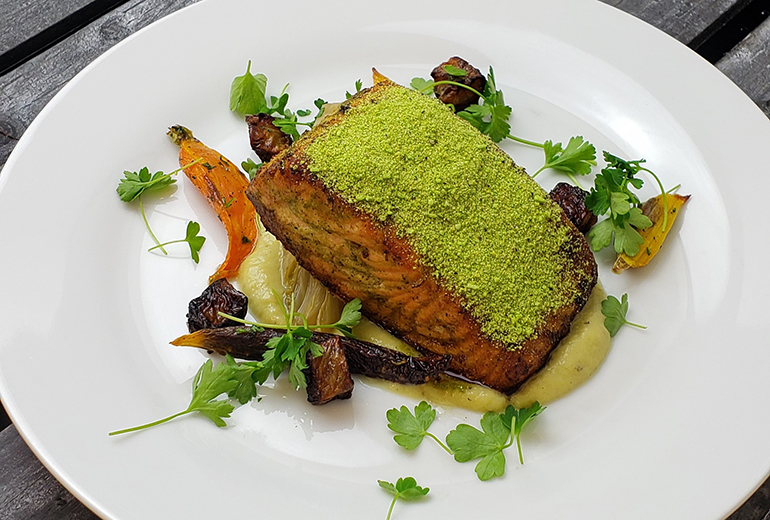 Rally ‘round the salmon and chicken

Two proteins that are known for their healthier aspects, salmon and chicken are a great starting-point for satisfying, sophisticated gluten-free dinner entrees. Sodexo Chef Patrick Kilduff of Bentley University in Waltham, Mass., has some serious skills with both of those, offering perfectly poached salmon (in hibiscus, no less!) on baby heads of lettuce and a tumble of root veggies. He also makes pan-seared salmon several ways and herb roasted chicken with crushed peewee potatoes and au jus thickened with tapioca. Ingredients like tapioca, quinoa, dehydrated basil powder and gluten-free flour are all found in Kilduff’s bag of tricks.

Out of practicality, he has started to make most of his menus gluten-free, “so that we are not creating multiple meals for events and all people can enjoy the same meal together.” For Kilduff, playing it cool and not making a big deal out of gluten-free has become a way to be more inclusive. Smart!

It can’t be said enough: Rice is a gluten-free MVP! As a base, a side or something to bulk up the plate, rice comes in clutch time and time again for chefs looking to build out their gluten-free menus.

At Framingham State University, the Sodexo team offered salmon with wild rice and green beans in honor of National Native American Heritage Month. From a cultural and dietary standpoint, this was another smart move.