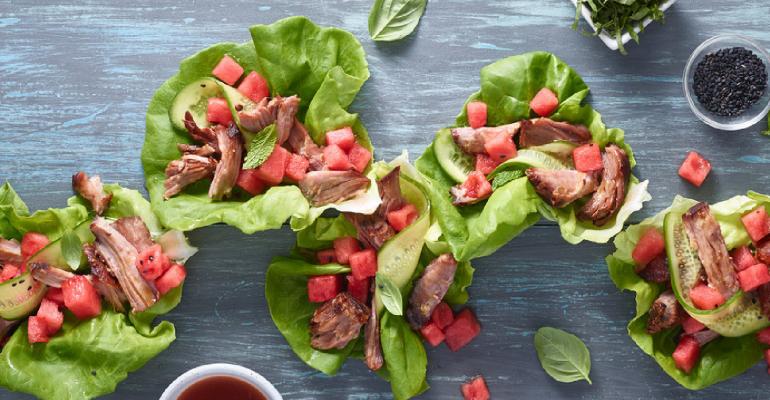 These vibrant lettuce cups from Watermelon.org welcome summer with a fresh take on barbecue.
Food & Beverage

The new barbecue fusion blows smoke in the face of conventions

With respect to the foundations of barbecue, many chefs-turned-pitmasters are mixing things up with flavors that go way beyond the traditional expectations that sometimes come with your region of the country.

Executive Chef Rob Loria of Stony Brook University doesn’t feel hemmed in by longstanding barbecue rules and traditions, as New York State is hardly known as a barbecue hotspot. Instead, he and Senior Executive Chef Jack Yuksel are writing their own barbecue rulebook, with their imagination as the guide and the sky as the limit.

Related: 27 bold barbecue fusion ideas to fire up your smoker

Just recently, they rolled out the Smoky Roads barbecue program for the year with Cantonese-style ribs with apricot-ginger glaze. The next day, they smoked Cajun dry-rubbed salmon and crawfish to go with a bayou-fabulous potato hash.

It turns out, when you start with barbecue classics, there are so many global, ingredient-based and just plain cool ways to riff. 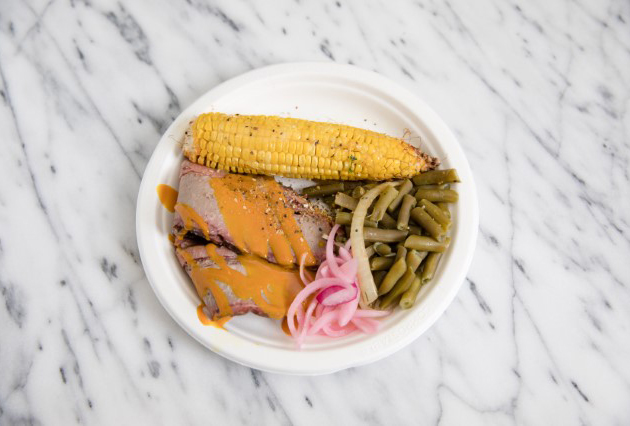 Building on the classics

The Smokehouse concept covers traditional U.S. geographic barbecue regions from deep in the Midwest to the deep South, with classics smoked low and slow: pork, brisket, ribs and chicken. Barbecue glazed salmon is a nod to the Northwest. The Liberty Street BBQ concept is billed as “suiting the needs of just about any demographic,” alluding to the awesome unifying power of the ‘cue. At Liberty Street, the influences zoom into the Carolinas, with their opposing vinegar, ketchup and mustard-based sauces, to Memphis to Kansas City and California, too. From there, the sauces can create more subtle mash-ups, like NC mustard mop sauce on a Texas-style brisket. 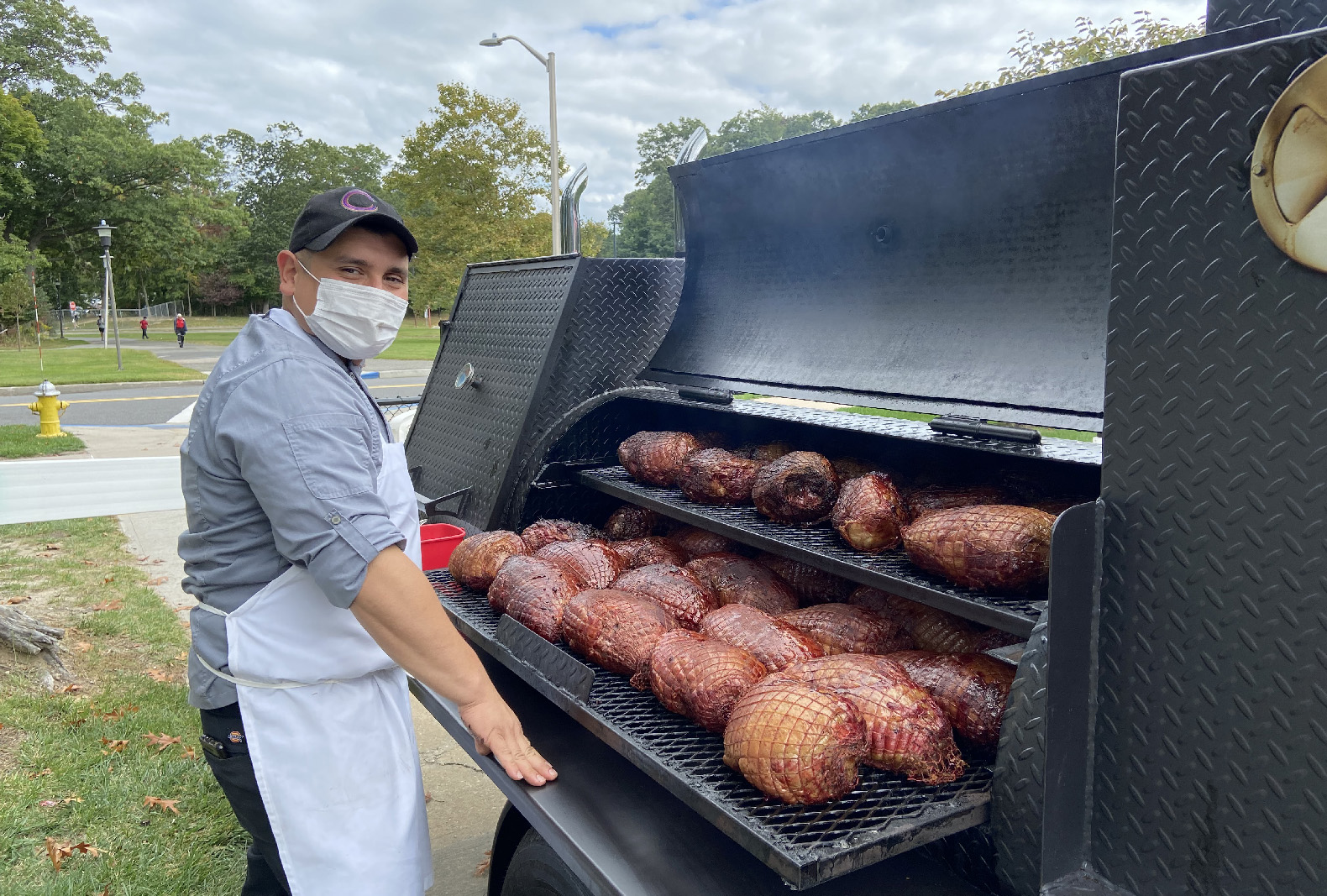 And both Morrison Healthcare concepts buck tradition with barbecue pizzas, smoky sausage and cheese bento boxes as appetizers and barbecue handheld items. In another bold move, the team has incorporated veggie-forward elements into the barbecue concepts as well.

And the side dishes are no exception when it comes to mixing the old with the new. You’ll find classic Southern sides like pimento mac ‘n cheese, smokehouse baked beans and banana pudding, but you’ll also see shaken-up, fusion-leaning sides like radish-jicama cucumber salad and cauliflower mac ‘n cheese. 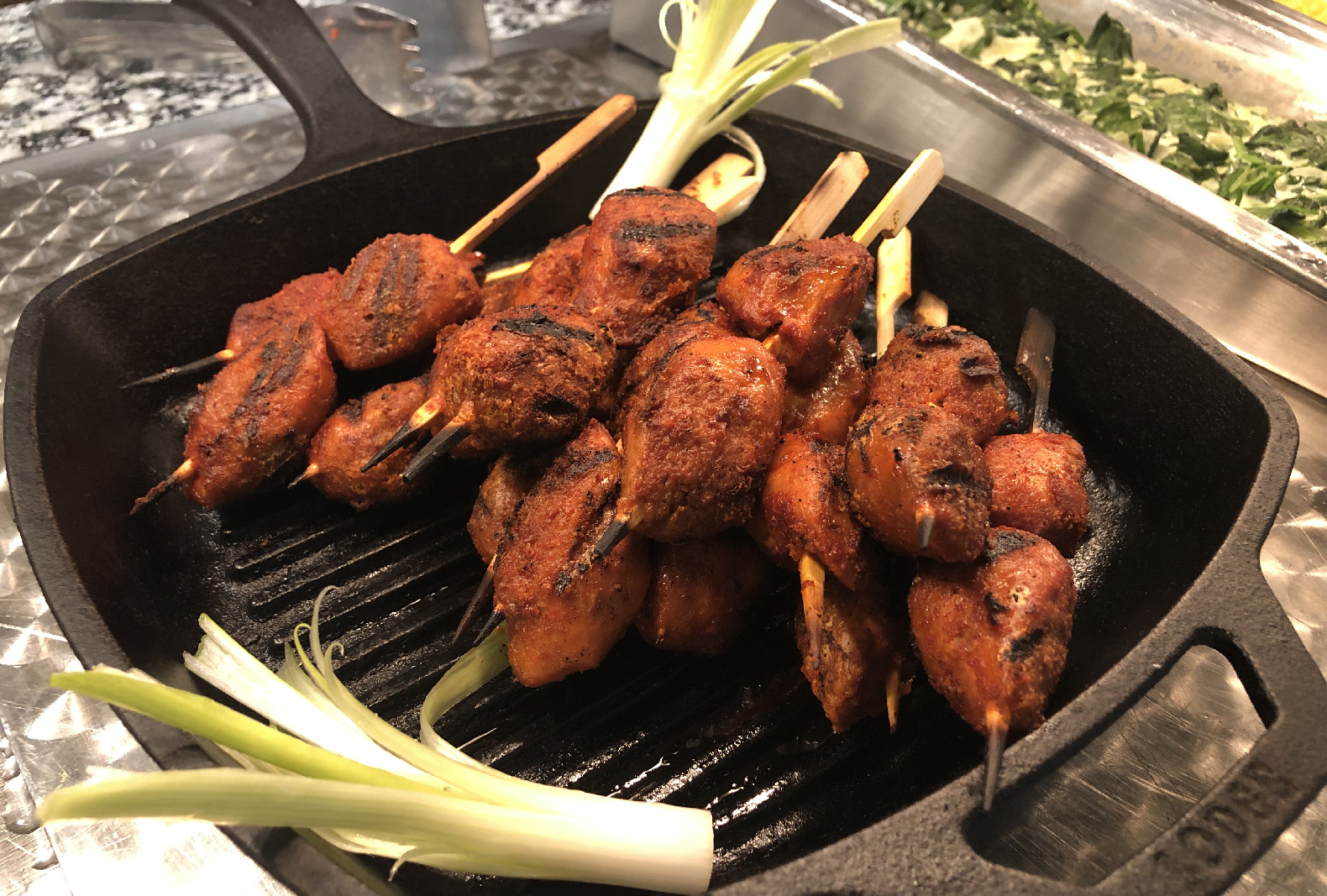 Plant-based barbecue is a hit at Metz Culinary Management’s higher ed accounts. This is plant-based sausage with smoky paprika and cumin.

Teaching kids about the ‘cue

Metz Culinary Management’s Chef Don McIntosh, aka Chef Donny Mac, is busy introducing kids to the barbecue experience at Westmont Hilltop School District in Johnstown, Pa., another part of the country that falls between barbecue borders and can adopt the best of what’s possible.

With a new smoker, McIntosh first reached out to veteran K-12-foodservice guy/pitmaster Joe Urban  of Greenville, SC schools. Since then, he’s been testing a variety of kid-friendly barbecue items, like sweet barbecue pizza. Can’t go wrong if you ask us!