ADVERTISEMENT
Tiffany glass, but make it a cookie
Sarah Bicknell

At the Cleveland Museum of Art, local celebrity chef Doug Katz has been running the restaurant, Provenance, for most of the past decade. The great thing about working in such an environment is the inspiration found all around. “The most important thing for us as a restaurant in a museum is to bring the experience of the art into the dining,” Katz says. “We love having a theme…it’s an element we can work with.” In this case, the Tiffany glass exhibit inspired a whole menu, including these cookies, which take three days to make with a basic sugar cookie recipe, frosting and a mirror glaze that dries to become stained glass like.

Dips that your grandma and her bridge club friends may have laid out next to Jell-O molds are having a major resurgence. Think Green Goddess, pimento cheese and French onion dip. Plus, when chefs get involved, housemade dips run circles around tubs of store-bought. Substituting Greek yogurt for traditional mayo in this spinach and artichoke dip is a great example, done by Flik Hospitality Group.

Rebecca Polson, CC, SNS, culinary trainer at Minneapolis Public Schools, swears by the “low and slow” method for scrambled eggs, and she’s translated it to batches for 200 and up. “It’s kind of funny, I hated scrambled eggs growing up until I learned to cook them this way,” Polson says. Her method takes about 40 minutes and she uses a tilt skillet, one of the most clutch pieces of equipment in foodservice. Polson melts unsalted butter onto the preheated (low, to 175°F) tilt skillet, then pours in liquid eggs with water whisked in. “At first nothing will really happen, then after 10 minutes or so, the eggs will begin to form curds,” she says. “Do not lose patience! Keep stirring with a rubber spatula, breaking up the curds as they form until the mixture us a mass of soft, fluffy, creamy curds.” And don’t forget carryover cooking—take the eggs out of the skillet while they’re still soft and creamy.

Fusion can be done in degrees. An Asian taco. Fine, great. But what if you could find deeper commonalities between the world’s regions, going beyond “both cuisines are good in a taco” and delving into culture and tradition in myriad different ways? A great example of this is a menu item mashup found at Penn State, where student interns created this Korean chicken and waffle with kimchi playing against crispy chicken and fluffy waffles.

The rectangular pizza is perfectly paired with a gorgeous side of fresh veggies and an orange at Minneapolis Public Schools.

Mac and cheese on sandwiches: an enduring love affair
Matthew Noel for Centerplate

It’ll never fail to surprise—and delight guests. Mac and cheese in unexpected places is a surefire way to quickly punch things up. The Featured Gridiron burger, by Centerplate Chef Lenny Martinsen was created for a college football championship featuring LSU and Clemson, an event that attracted 75,000 fans. Centerplate CEO Steve Pangburn praised the game-day menu for creating “a unique experience for fans…we want this to be a fun and memorable time for everyone who joins us.”

University of Richmond Executive Chef Tyler Betzhold, CEC, and his team work with the campus beekeeping program to raise awareness about honeybees with cool events, and to come up with ways to use the hyper-local honey on the menu. Think sweet glazes for ribs, honey-kissed vinaigrettes and sweet beverages.

Of course, displaying honey on the comb is an incredible way to showcase the beauty that only honeybees can create.

This Little Goat Went to the Taqueria is Chicago celebrity chef Stephanie Izard’s exclusive concept at the United Center, where Levy has created this and other partnerships. Izard brings the globally inspired flavors of her other restaurants into the center, making it easily replicable with her signature sauces and spice mixes.

Here’s one of the items from Izard’s partnership with Levy.

“I love seeing how districts share recipes and then put their regional twist to it and it’s encouraging to see chefs and school districts reviving their culinary roots,” says Joe Pettit of Charleston (S.C.) County School District, where a Gullah Day celebration has become an annual event that keeps growing. “It’s easy to go with the next trend and get lost in the shuffle. It’s inspiring to watch culinary history come to life on a school lunch tray. It’s a win-win when we can teach and feed students.”

“One of our goals when we set out to redevelop MSP International Airport’s food and retail program a few years ago was to curate the airport as a representation of Minnesota culture and flavors,” said Eric Johnson, director of Commercial Management and Airline Affairs for the Metropolitan Airports Commission. “Thanks to HMSHost and Airport Retail Group, we can now share craft spirits and liqueurs from Minnesota’s Tattersall Distilling with travelers from around the world.”

Instead of Cheez-Whiz, make it gochujang aioli

That great cheesesteak format—flattop-seared meat, melty cheese and peppers—is merely a jumping off point. At Levi’s Stadium, the Levy foodservice team has turned a Philly cheesesteak into a Korean bulgogi cheesesteak with gochujang aioli.

Meal kit company Blue Apron was one of the first on the celeriac bandwagon, including a mashed celeriac with cream cheese and everything bagel seasoning in one of their kits a few years back. Since then, celeriac—a root vegetable—has started to rise in popularity. It’s now in Datassential’s “inception” phase and there’s only 3% of menu penetration currently, so now’s the time to get ahead of the curve. Its distinctive taste, described by Epicurious as “celery meets parsley,” can add depth of flavor to dishes or be the star. Celeriac also has the potential to edge out cauliflower as a swap for carbs.

At Stony Brook University’s new Halal NY concept, a whole section of the menu, Perfectly Poutine is devoted to Canada’s best import (sorry, Justin Bieber). These Greek fries are made with feta, olives, red onions, olive oil and a choice of sauce. Other poutines at the concept include TV dinner fries, “fala-fall in love” fries (with falafel and tahini) and minty garlic fries.

Rutgers University’s dining team put on a plant-forward Super Bowl party simultaneously at four dining halls with lots of hummus and totally meatless football snacks. Seeds were used as ingredients in many of the items and displayed to hype them up.

Or “take and make?” However you describe it, this cute cookie recipe in a jar is a sweet take on meal kits at Stony Brook University’s new SAC Market, a 2,000-square-foot space that used to be a bookstore. It’s now a multicultural food hall-style marketplace with lots of new items.

A grain with great impact
Robert_Ford/iStock/Getty Images Plus

“The ingredient that is inspiring me right now is fonio,” says Lisa Feldman, director of recipe management for Sodexo. “It’s an ancient cereal grain in the millet family that grows in West Africa.” Fonio is gluten-free, high in fiber, packed with protein and it only takes six to eigh weeks to grow and harvest. Feldman has been testing fonio in breakfast porridge, grain bowls and lots of other dishes. “There are a number of companies starting to work with small holder farmers in West Africa in a responsible way to improve farming processes and help responsibly grow local economies.”

With the Summer Olympics coming up, chefs are turning their attention to the culinary world of Japan, going way beyond the sushi we already know and love. “With the way they treat and celebrate food, I am so excited to learn more about what is happening there now,” says Maya Vincelli, University of Richmond’s assistant director of retail operations. “As we move the media spotlight to Japan during the Summer Olympics, I can’t wait to be inspired by athletes at the top of their sports and Japan’s amazing food culture.” 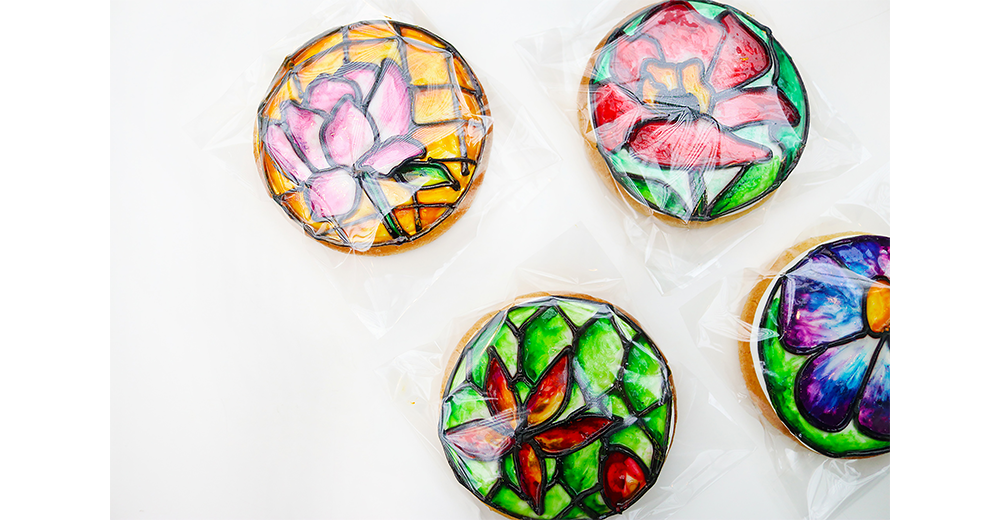 Next Up
Flavor of the Month: Small, smoky, Calabrian chiles
Start Slideshow ›