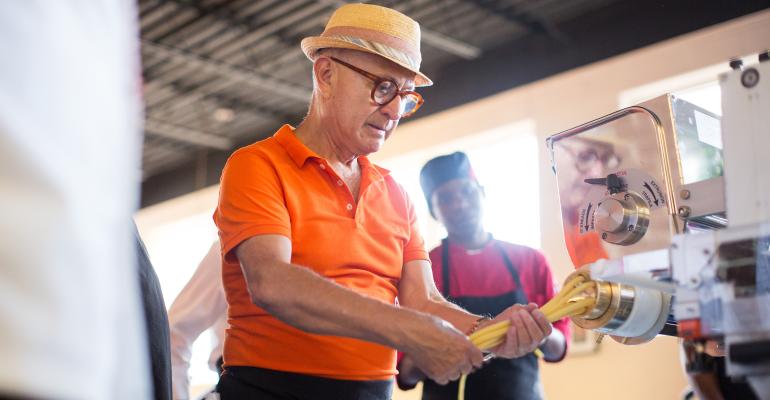 The art of making pasta has been passed down through generations, and the campus culinary team at Liberty University were next in line to learn this art last fall, when the Al Dente Action Pasta station debuted.

Responding to student feedback asking for more customizable stations and the need to take some pressure off a busy pizza station, the team decided to embark on a pasta-making quest for a new made-to-order fresh pasta station at the Food Court at Reber-Thomas.

The first order of business was choosing a pasta machine. After lots of research into equipment at trade shows and consulting with other campuses, the team chose the Emiliomiti pasta machine. In choosing the machine, they got more than they bargained for: A personal tutorial from veteran pasta maker Emilio Mitidieri, who invented the pasta machine Liberty had purchased. 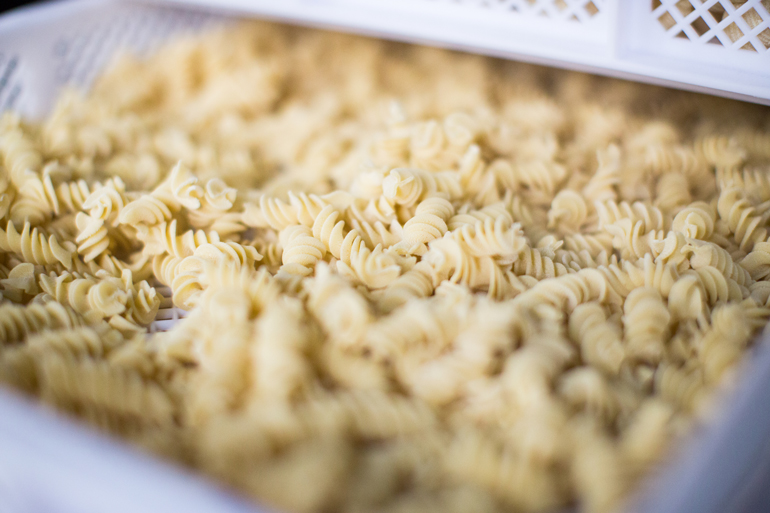 “We expressed to Emilio our need for freshly made pasta and a machine that could produce around 100 pounds of pasta per hour,” says Ryan Wheeler, Sodexo marketing specialist at Liberty. “We also wanted to create multiple types and styles of pasta to keep the offerings fresh and unique.”

Mitidieri traveled to Liberty for a hands-on demonstration on operating the machine to train the employees who would be staffing the station. He taught the team from setup to breakdown, focusing on the art of pasta and also the science. They learned how to know good fresh pasta from bad, in short.

“This station has given us an opportunity to grow as cooks and chefs as we do our best to master the art of fresh Italian cuisine,” Wheeler says. 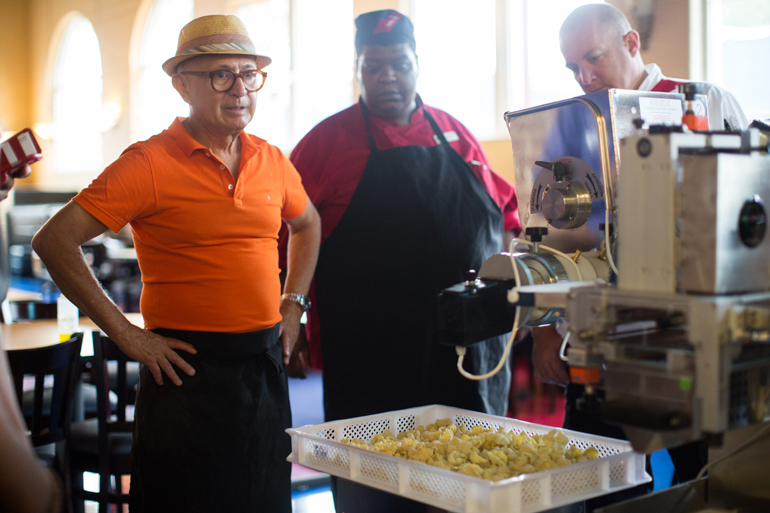 The setup is simple: Upon each customer’s arrival, pasta is dropped into boiling water and then can be sautéed with housemade red or Alfredo sauce, fresh veggies (spinach, green peppers, onions, roasted red peppers, mushrooms) and classic proteins such as pepperoni, sausage, chicken, bacon or ham, making for a truly personalized plate of pasta.

Students have been loving it—judging not just by the lines and positive comment cards, but also data: Liberty has found that out of the 8,000 guests served daily at the dining hall, an average of 650 guests are getting the fresh pasta, about 12 percent of the traffic, in other words.

“Al Dente has been an exciting addition to our dining hall,” says Sarah Falls, CEC, senior executive chef of resident dining at Liberty. “It’s quickly become a favorite and the staff love the one-on-one interaction with students while they create their own personal pasta dish.”