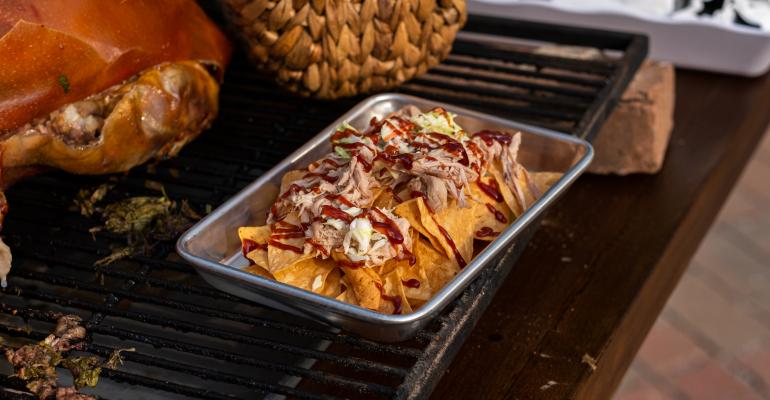 Chefs who use pulled pork as an ingredient get more bang for their buck and get more creative, too, with everything from nachos to mac ‘n cheese to ramen, pizza, salads, sliders, grilled cheese, hot dogs, tacos and more.

Hot take: Pulled pork can provide just as much “culinary bling” as bacon. Not that we’d ever forget bacon, don’t get us wrong. But the succulent, flavorful, porky goodness melded with crispy edges and melty fat that pulled pork can add to so many different menu items has us feeling pulled in that direction lately.

David Peterson, a Eurest regional chef, is the type of chef who gets very excited about new pieces of barbecue smoking equipment. Barbecue fever started at a young age for this Houston-based chef. 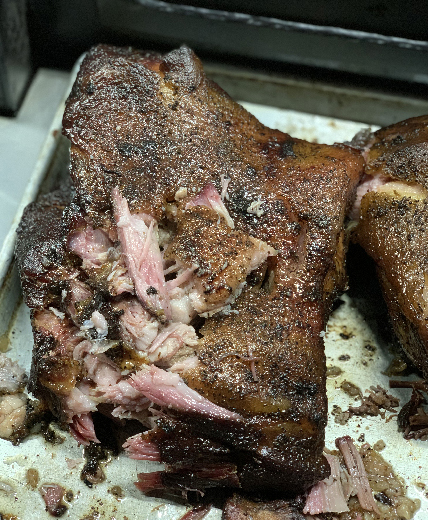 Photo: David Peterson, regional chef with Eurest, has earned his stripes as a pitmaster, smoking meats for big catering crowds at various Eurest accounts. Lucky them: they get to rip into fall-apart porky goodness, as shown here.

“The first time I remember barbecuing is with my dad, back home in Ohio,” Peterson says. “We did some steaks and pork ribs, but Ohio barbecue and Texas barbeque are two completely different things. So, I should probably say my first time doing Texas barbecuing was roughly about six years ago. I remember learning a lot that day and falling in love with an art/technique of cooking that I will never be able to get out of my system.”

All roads lead to great barbecue

Coming to Texas from Ohio is one kind of culture shock; so is coming to Texas from Barbados. But all roads lead to great barbecue. Sodexo Chef Beverley Kellman, CEC, made the move from her native Barbados to Texas as a well-traveled chef who was unprepared for the barbecue fervor she found in Texas as she started her job at Prairie View A&M (PVAMU). 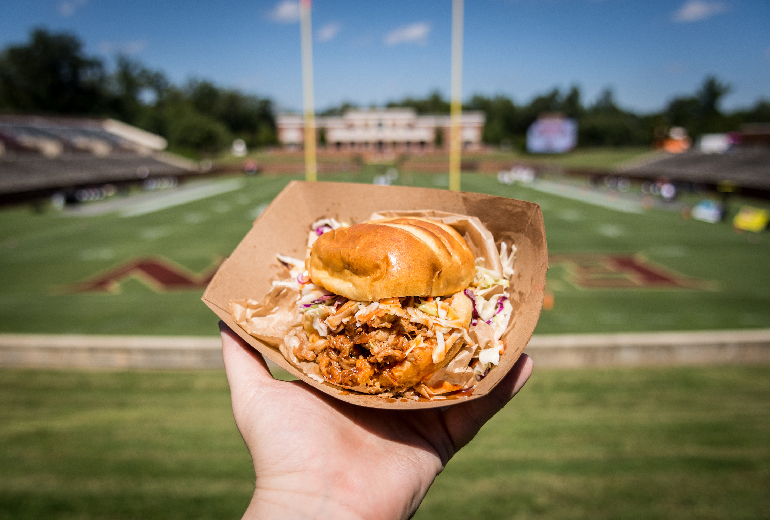 While pulled pork can do many things on the menu, sometimes there’s nothing like a good old pulled pork sandwich, shown here from the concessions menu by the University of Louisville’s Aramark team.

“Having traveled internationally and domestically, I have eaten and prepared pork and mac ‘n cheese in various ways…as simple as an item on my mother’s table, to the most expensive fine dining served with shaved black truffles.”

“However, relocating to Texas, the home of true barbecue, has enlightened me that pork and especially pulled pork must not be taken lightly,” Kellman says. “As Executive Chef at PVAMU, it was genuinely an exciting and exhilarating culinary experience to discover how important it is to prepare pork and mac ‘n cheese the Texas way to meet the satisfaction of our students and guests.”

And we’d be remiss not to recognize that the Carolinas have the corner on pig power when it comes to barbecue. There, barbecue pretty much means pork. At the University of North Carolina, Executive Chef Michael Gueiss makes a grilled cheese super Southern with pulled pork, local collard-pepper slaw, melted cheddar and a drizzle of Cheerwine barbecue sauce (if you haven’t tried Cheerwine, imagine a somehow sweeter Dr. Pepper that’s bright red and tastes kind of like flat soda mixed with Kool Aid.) 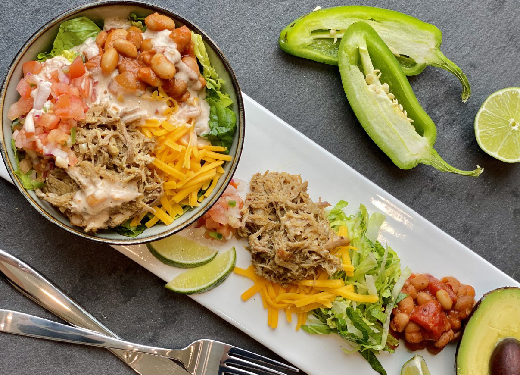 At Boston University, this power salad loads up the greens with slow-braised pork shoulder.

King of versatility: Bowls and more

“We flavor the pork with cumin and chipotle,” Casassa says, praising pork’s ability to be “flavored in many different ways…sweet, savory and spicy all work well.”

Joe Urban, director of food and nutrition services at Greenville County Schools, makes it a point to teach students one of life’s greatest lessons: The love of barbecue. The traveling smoker makes the rounds, and Urban’s team builds excitement with social media in the days before, and then with that amazing smoke in the air the day of.

Urban smokes pork butts for 8 to 10 hours at a low heat (hovering between 225°F and 250°F), then adds them to menu items like a creamy grits bowl with SC-grown collard greens.