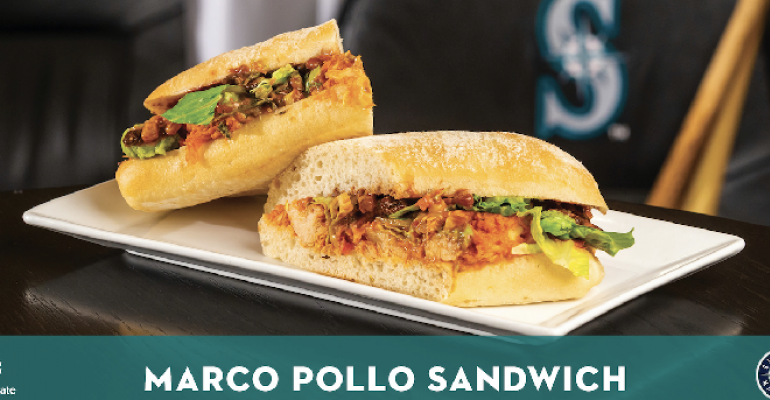 The chefs also introduced the Marco Pollo, a shredded chicken tinga sandwich, named for Mariners pitcher Marco Gonzalez, that was to be introduced this season at the Sultan of Sandwich concession stand.
Food & Beverage

The season of stadium food that could have been: Popular T-Mobile Park specials live on virtually through Executive Chef Taylor Park and Consulting Chef Ethan Stowell’s recipe videos to be enjoyed at home; ‘leveraging tech to connect in new ways.’

Centerplate’s food service team at Seattle’s T-Mobile Park is often ahead of the curve, whether it’s as one of the first locations anywhere in the U.S. to serve toasted grasshoppers or now, as Executive Chef Taylor Park steps up to the plate as a YouTube cooking sensation. The dishes he’s cooking are ballpark favorites and new dishes that could have been, if it weren’t for the pandemic.

Park and Seattle restaurateur Ethan Stowell have teamed up to co-host video cooking demonstrations on Mariners YouTube channel. Stowell, who has been consulting chef for the team for years, joined Park remotely, and the two revisited iconic gameday dishes like Hempler’s sausage sandwich and fan-favorite ice cream sandwiches with Belgian chocolate, toasted walnuts and a dash of fleur de sel salt.

The chefs also introduced the Marco Pollo, a shredded chicken tinga sandwich, named for Mariners pitcher Marco Gonzalez, that was to be introduced this season at the Sultan of Sandwich concession stand. 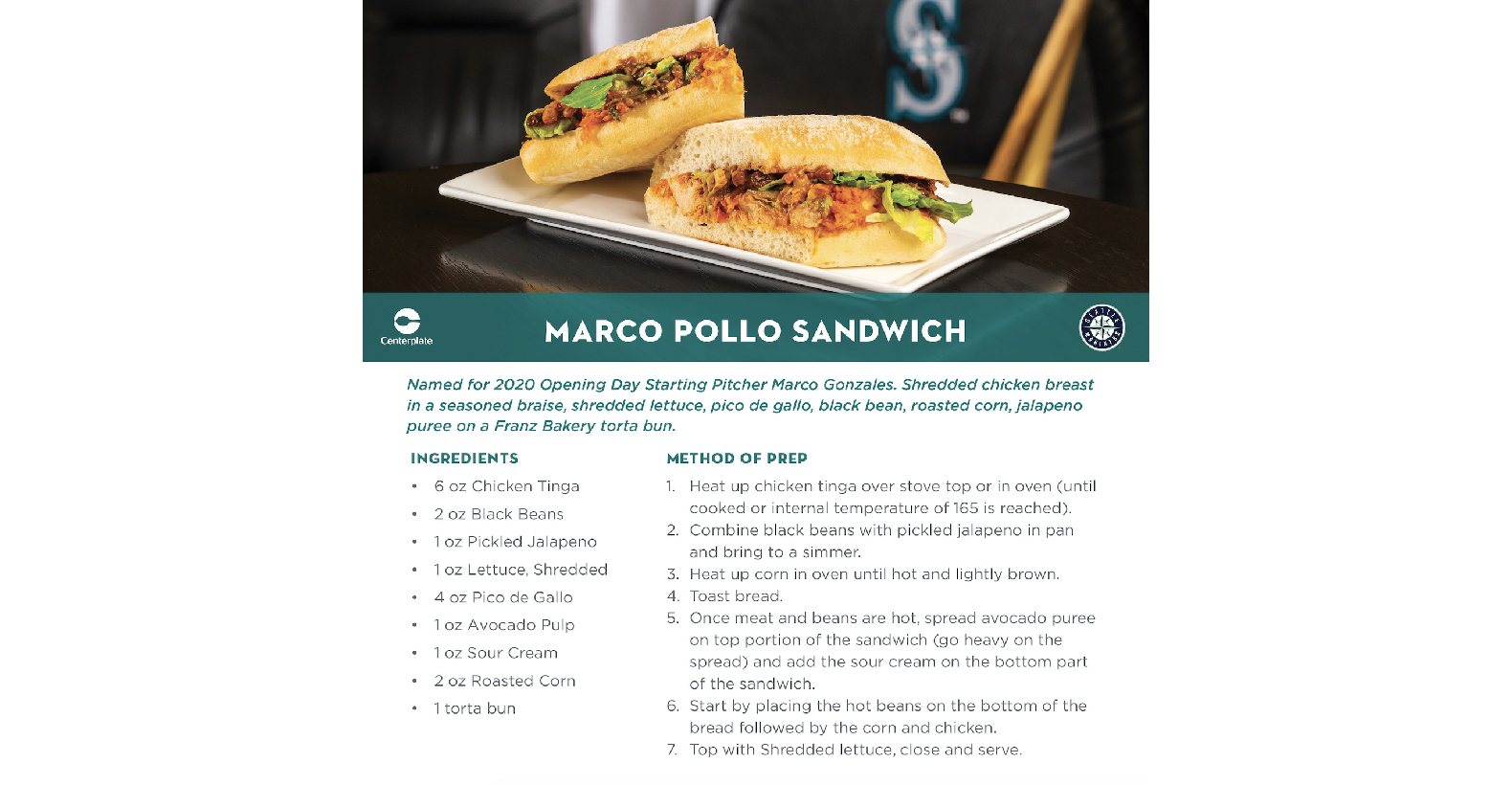 “We miss hosting the loyal Mariners fans this season, but we are happy to leverage technology to connect in new ways,” Park says. To him, the “virtual kitchen” is a way to offer fans “a taste of our dishes that are always a hit.”

In addition to the Marco Pollo sandwich, which featured braised chicken tinga, shredded lettuce, corn salsa, a black bean-jalapeno puree, the chefs created some of the higher-octane beverages that would’ve been great on a hot day at the ballpark: the Magenta Mojo, a tequila-based take on the Moscow Mule with tequila, ginger beer, pear syrup and a splash of lime juice; and the Mariners Margarita, a classic marg that includes a cool garnish: that toasted grasshopper!

As Stowell said in a recent video, “I know T-Mobile Park is huge on food and the fan experience, so here’s what you would be serving this year…”