Of all the parts of the menu that shrank, appetizers took it the hardest, down 14.3% on menus.

Tako (octopus) is one appetizer that has been thriving, up 34% on menus and it’s ready for mashups. Chili-cheese tako yaki, anyone?

Desserts also declined on menus, along with adult beverages, in spite of to-go programs in some markets. Adult beverages that did thrive during the pandemic include White Claw and non-alcoholic beer.

Coffee, French toast, eggs benedict and many more breakfast items have fallen off, Li says. “A lot of places just said, ‘We don’t have a breakfast menu anymore. Commuter traffic is gone.’ Or, ‘We’ve cut staff, so we cut dayparts.’”

Beverages like lemonade, iced tea and soda declined, too. “Beverage gets the most hammered because when ordering for delivery, people will say, ‘I already have my beverage in my refrigerator, so I don’t need to order it,” Li says.

Items like scallops and steak have declined on menus, since who among us wants to door dash a steak?

As the anchor of any meal, entrees actually got stronger during the pandemic, gaining 1.3% on menus. Noodles, especially, have done well.

The classic stuffed-jalapeno appetizer has found new life on the entrée side of menus, up 53% in menu items like a jalapeno popper burger or jalapeno popper kolache (Texan-German savory pastry).

Prior to the pandemic there were 569 different foods, flavors ingredients and other menu descriptors growing at a substantial rate. 40% continued growing and about 60% stopped growing or reversed. “Not everything in motion continued to stay in motion,” Li says. “We think those trends that stopped are likely to un-stop. Like hibiscus. It had kept going up and up and up and we’d have predicted ‘21 to be an up year, but instead it just flattened.”

Cauliflower crust was one trend that wasn’t bothered by the pandemic. And the most popular ‘wellness forward’ menu descriptor? Ketogenic.

“Even Covid couldn’t slow down plant-based,” Levin says. Consumer appetites for plant-based items just kept growing. Jackfruit is getting more and more popular, first used by chefs as a sub for pulled pork, but now filling in for seafood.

Spicy is here to stay
Rus32 / iStock / Getty Images Plus

Nashville hot chicken made such a great impression on Americans that it’s not only increased on menus but crossed over to turn up the heat on other menu items, like tacos, pizzas and mac ‘n cheese.

Tajin, a chili powder with a hint of lime, is growing like wildfire (up by 40% on menus, leading all other spices and condiments), according to Datassential’s research.

The Japanese seafood seasoning is riding a wave of new menu mentions.

This sweet ‘n spicy combo is another menu trend poised for explosion.

Wellness and functionality are still alive and well on menus, with customers looking for turmeric’s healing properties in particular.

Spicy honey is another flavor profile that’s heating things up, literally and in terms of menu mentions.

Mapo tofu, a spicy, saucy Chinese dish from Sichuan province is setting menus on fire, up 88%. Li summed up the report’s bottom line: “We all should have a healthy innovation pipeline working because customers are going to want new things again.” 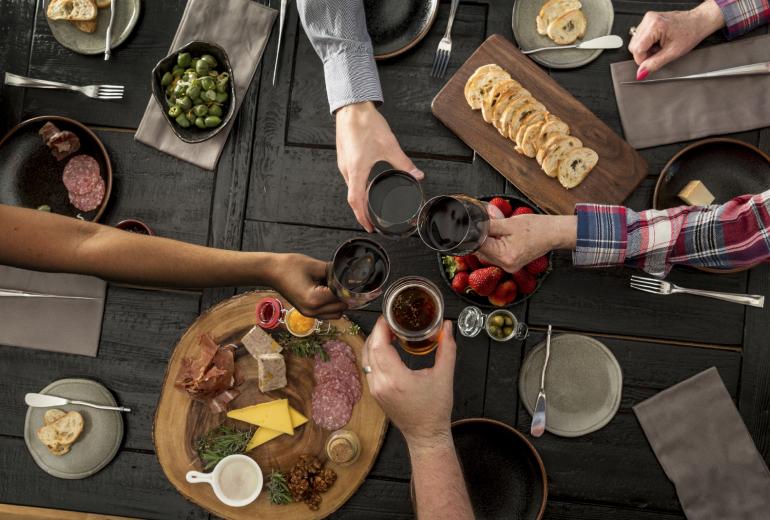