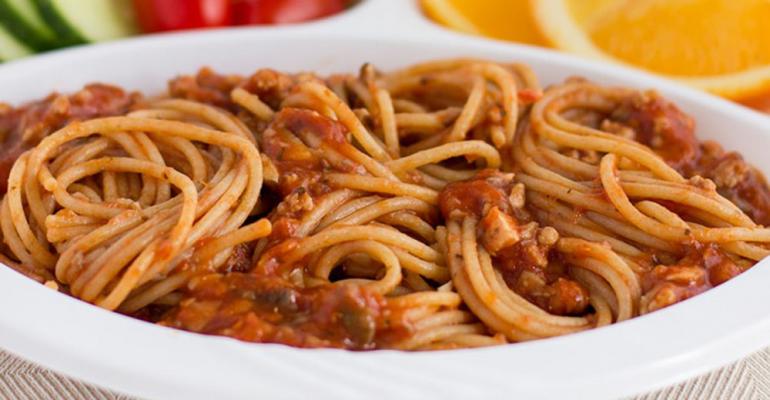 Whole foods are forging the way for plant-forward meals

Operators share their experiences with walnuts, pulses and mushrooms to serve meals with a greater proportion of plant- to animal-based ingredients.

Americans have heard the message: Eat more plant-based foods. This has come to mean more than just increasing fruit and vegetable intake. Many are seeking plant-forward meals where there is a greater amount of plant- vs. animal-based foods on the plate.

While tofu, seitan, tempeh and the like have historically been used as vegan meat replacements, more and more foodservice operations are increasing the proportion of plant-based ingredients in meals by featuring whole foods at the center of the plate, including fruits, vegetables, nuts, seeds, pulses and whole grains.

It seems some plant-based foods have characteristics that make them particularly good meat partners and/or center-of-the plate ingredients, including walnuts, pulses and mushrooms. Industry and foodservice experts shared with us the benefits for cooking with these foods, including nutrition, sustainability and cost-effectiveness.

There is no denying the health benefits of walnuts. Sixty percent of the calories in walnuts come from polyunsaturated fats; they are a significant source of the omega-3 fatty acid alpha linolenic acid; and are a good source of the minerals magnesium and phosphorus. But there’s more to this nut than good health. “A recent survey by the California Walnut Board tells us that consumers find walnuts to be an appealing ingredient for plant-forward dishes because of their texture, flavor and package of nutrients,” says Jennifer Olmstead, marketing director, domestic public relations, California Walnut Board & Commission. “Walnuts are a great option because they add a welcome crunch and mild, nutty flavor that adapts well to a variety of recipes and spices and pairs well with other plant-based ingredients such as beans, lentils, mushrooms and cauliflower.”

Their culinary versatility makes walnuts both a practical and sustainable option in the kitchen. They can easily be incorporated as a plant-based alternative for meat, used as a thickener for soups and sauces, or crust for proteins and desserts, as well as be finely ground for baking. If you really want to get creative and make use of the whole nut, the walnut shells can be smoked and added to beverages and grilled vegetables.

“You can smoke, candy, spice, grill, fry, roast [walnuts] and they absorb flavors and then add flavor balance back to whatever the application is,” says DeSoto. “I make smoked walnut tempeh meatballs that you would swear there is beef in the mix.”

It’s rare to find foods rich in both protein and fiber, two key nutrients for satiety. Enter pulses (i.e., dry beans, chickpeas, lentils, etc.), which contain up to 7 grams of protein and 5 to 8 grams of fiber per half-cup serving as well as an array of vitamins, minerals and antioxidants. “Beans provide a great texture and mouth feel as well as a filling, satisfying feeling similar to meat,” says Ben Carpenter, associate brand manager, foodservice, Bush’s Best Beans. “Beans can be used as a substitute for meat, but since that’s a hard shift for many consumers and operators, this is where the idea of the protein flip comes into play. Beans are being used as a supplement to meat—or in other instances, reversing the portion size so meat is less than the vegetables on the plate—and their satiating nature helps make that swap an easier one.”

Carpenter also acknowledges beans as being versatile flavor carriers for cuisines around the world, and because Americans love ethnic flavors, they are more likely to try beans while seeking these global flavors. Americans have become familiar with pulses through soups, falafel, and dips and spreads like hummus.

Sustainability and economics are additional reasons why pulses are increasingly being used in foodservice.

Information referenced on pulses.org, an effort by the Global Pulse Confederation, says, “Since greenhouse gas emissions related to crop production are largely driven by nitrogen fertilizers, nitrogen-fixing pulse crops have a lower carbon footprint compared to other crops.”

Carpenter also notes that legume pricing has remained relatively stable over the last 10 years and the average price per pound for pulses can be as much as 75 percent less than that of the average restaurant or foodservice meat cuts.

“We use beans on a daily basis in our undergraduate dining program,” says Martin Breslin, director of culinary operations, Harvard University Dining Services. “They are a vital source of protein for our vegetarian and vegan community, but also for our many students who routinely eat a plant-forward menu as part of their effort to be healthy or sustainability-minded.”

Popular pulse dishes served by Breslin’s team include vegan crimson chili, a Brazilian feijoada (a meat and bean stew of Portuguese origin and a dish embedded in the Brazilian culture), Great Northern beans with dill and a Moroccan chickpea stew.

Mushrooms: “Meaty” taste and texture bodes well for center of the plate

If the first “m” in umami (the savory fifth taste) stands for meat, then the second stands for mushrooms.

A study conducted by the Culinary Institute of America and the University of California—Davis found that blending finely chopped mushrooms with ground meat enhances flavor and nutrition. According to Steve Solomon, culinary director, The Mushroom Council, the study shows that a ground meat recipe prepared with 50 percent mushrooms and 50 percent meat can maintain flavor while reducing calories, fat and sodium intake by at least 25 percent.

“For vegetarians, mushrooms are the go-to food,” says Solomon. “For those who want to simply reduce their consumption of meat, mushrooms are perfect for blending with meat because of the umami combination and the fact that mushrooms are a great flavor carrier, which amplifies the flavor of meat.”

Mushrooms are also a sustainable option because they require relatively little water and land to harvest. In fact, up to one million pounds of mushrooms can be produced on just one acre of land.

Mushrooms are even finding their way onto K-12 school menus.

“During the summer of 2015, our culinary team set its sights on developing a low-sodium spaghetti sauce made from scratch,” says Jennie Kolpak, RD, nutrition services director at Bethel School District in Eugene, Ore. “After doing some research we decided to explore roasted mushrooms as a primary base flavor. We were amazed with the umami flavor profile we were able to create using mushrooms as a primary ingredient.”

Kolpak and her foodservice team dedicated the month of April to educating and encouraging students to embrace mushrooms, implementing programming in both the classroom and dining room that culminated in offering marinated baked crimini mushrooms in their Fresh Fruit and Vegetable Program during the week leading up to Earth Day.

“A barbecue restaurant can ‘pull’ a portobello mushroom or the stem of a trumpet mushroom to form strips and pieces that look like pulled meat,” says Solomon. “Smoked and sauced, they pass not only for a vegetarian option for barbecue but great barbecue in and of itself.”