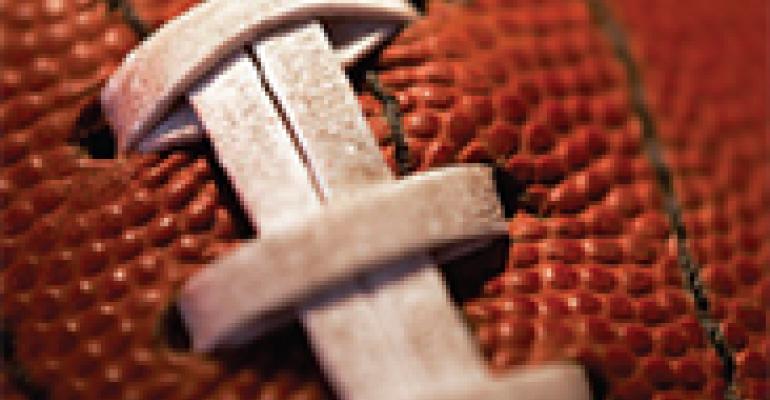 The Brutality of NFL Training Camps

San Diego Chargers cornerback Antonio Cromartie was fined $2,500 (that's like you and me being fined $1.50) for complaining about the food served at the Chargers training camp on a Twitter post. Cromartie, a defensive star for the NFL team, had suggested on his message that the “nasty food” served at camp might have had something to do with the Chargers not reaching the Super Bowl recently (San Diego lost to Pittsburgh, 35-24, in the second round of the playoffs last year). Reportedly, it was head coach Norv Turner who pulled Cromartie aside and informed him of the penalty.

We weren't able to get a menu of what the Chargers feed their players, but we can't imagine it's much different than what other teams offer.

The NFL has long since passed its Fred Flintstone Age, with its enormous slabs of meat and piles of potatoes designed to fill the bellies of enormous, hungry men. Typical NFL player meals these days are much more likely to consist of lots of salads, whole grains and lean meats like chicken and fish.

So it's hard to believe that “nasty” food played much part in San Diego's downfall last season. It's even harder to believe that the team would get so huffy about Cromartie's “tweet.” Maybe if Coach Turner were less worried about sophomoric criticisms of his training camp menu, he might have more time to figure a game plan for winning in the playoffs…