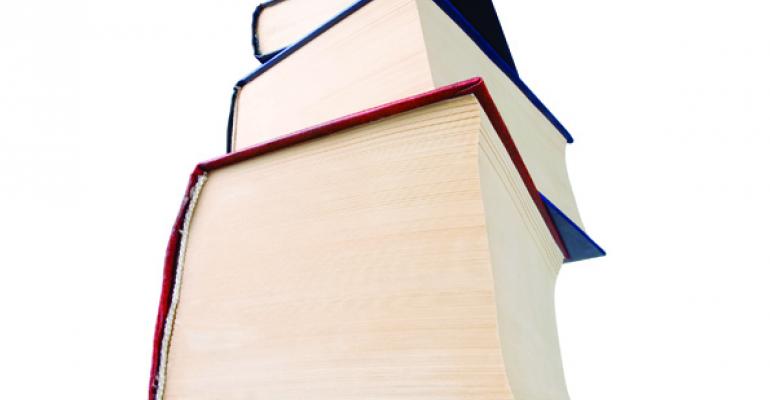 December's Passage of the Month

Nnder the influence of Modernist Cuisine, the 2,438-page, 52-pound bible of deconstructionist cooking, the process of cooking has come to overwhelm the basic joy of eating. Cookbooks have become so complicated and require such an armada of high-tech equipment that their recipes should come with a warning to amateurs: Don't try this at home.

“Recently I had dinner at a restaurant that advertised a certain celebrity chef had consulted on the menu. I was subjected to a 15-minute explanation from the waiter of the elaborate multitiered process by which each dish was meticulously crafted. The food, when it arrived, was quite good. But the fact that it wore its cleverness so prominently on its sleeve did not make it go down any easier…”

(from “Revenge of the Nerds: How Nate Silverism Is Ruining America”)

Lunch Lady Criticized for Quality of Her Food
Nov 20, 2012