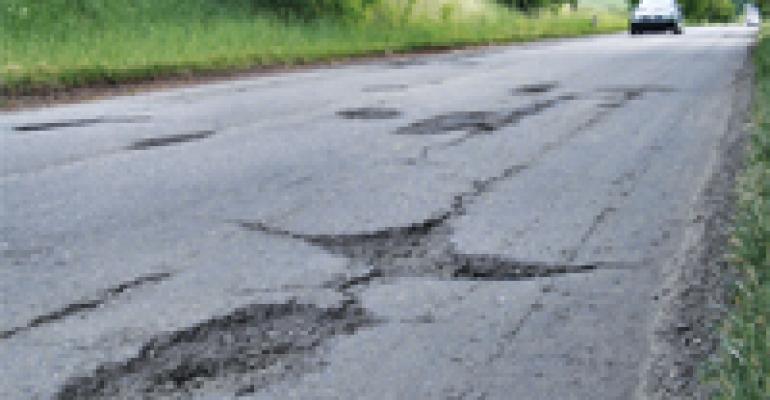 Awhile back, fast-food chain KFC offered to fix potholes for municipalities free of charge as long as the city allowed the chain to stamp the patched spots with an advertising message. The advocacy group PETA (People for the Ethical Treatment of Animals) cried foul, offering double the money to fix the potholes in exchange for a chance to stamp them with THEIR commercial message slamming KFC, which they accuse of serial chicken abuse.

The KFC program offered $3,000 to four cities to fill potholes on their roads. PETA's $6,000 offer was intended to trump the fried chicken marketer and beat it at its own game but apparently city officials preferred a bland corporate commercial message (“Refreshed by KFC) over PETA's angry anti-KFC hit piece (“Kentucky Fried Cruelty”).

Four cities (Louisville, Chattanooga, Topeka and Warren, OH) agreed to the KFC patches and PETA was left with ruffled feathers.