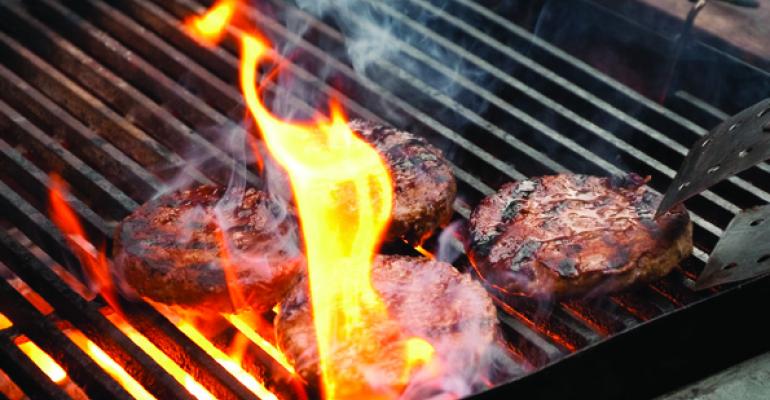 A recent UC-Riverside study found that air pollution is worse from burger joints than from truck emissions. The examination of commercial charbroilers used in burger restaurants showed that “the equipment generates grease, smoke, water vapors(?) and combustion products, which emit a large amount of particulate matter into the air.” A diesel powered 18-wheeler would have to travel 143 miles to emit the same amount of pollution as is generated from cooking a single patty, the study concluded.

Sounds like a good argument for having your meat cooked rare. Either that or UC-Riverside is blowing more smoke than an 18-wheeler and a char grill combined….