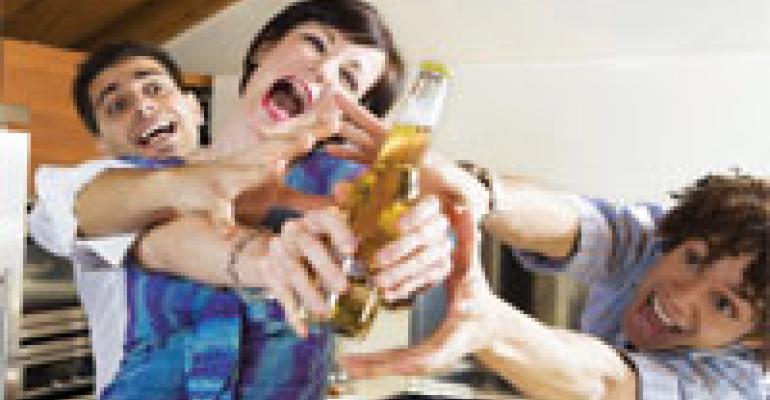 British lawmakers are considering restrictions on the country's pubs to head off what some call a growing binge drinking culture that is producing an alcoholism epidemic, reports the Associated Press. Part of the problem is that many alcoholic drinks in the UK are cheap, cheaper in fact than water in some cases. Pubs also regularly run promotions like all-you-can-drink deals, drinking contests and free drink specials, all of which encourage overimbibing.

The result: a 40 percent increase in British per-capita alcohol consumption since 1970 and a doubling of alcohol-related deaths in the past 20 years. A voluntary code drawn up five years ago by the Beer & Pub Association, a private industry group, called for an end to “irresponsible promotions,” but it has been widely ignored and has had little effect. Many health experts are now calling for mandatory limits imposed by Parliament.

The pub industry is balking, noting that the per capita British drinking rate that so alarms the experts is actually lower than that of other European countries such as France, Germany and Russia.

Well, let's see. The French drink wine with every meal, the Germans think a stein the size of a Volkswagen constitutes a single serving of beer, and even repeated crackdowns by successive Communist governments couldn't squelch the epic Russian thirst for vodka.

Not exactly the most impressive benchmarks, gentlemen…