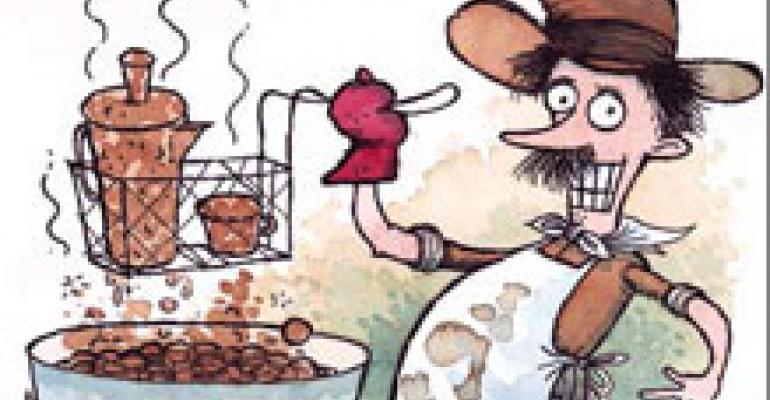 Want a Fryer With That?

It’s true. Nothing is safe from the deep fryer in the South. As evidence, consider the Big Tex Choice Awards, which pits Texas State Fair concessionnaires against each other in a contest of culinary skill. However, the skill mostly seems to consist of finding the most unusual thing one can toss into a deep fryer.

Last year, one of the fair’s biggest food hits was Fried Coke. Perhaps that is what inspired this year’s Big Tex contestants, who trotted out an artery-clogging parade of oil-drenched curiosities ranging from fried guacamole and fried banana pudding to fried lattes and fried cookie dough (the eventual winner).

Lest one think that this is a no-brainer niche in the culinary canon, let it be known that the contestants all maintain vociferously that finding the exact formula for a satisfying deep-fry candidate is extremely challenging and takes hours and hours of trial and error.

For instance, the inventors of the fried latte, Jake and Michael Levy, claim they had to go through hundreds of test formulations before getting the right recipe: a puff pastry topped with cappuccino ice cream, caramel sauce, whipped cream and instant coffee powder.

“We put on about 10 pounds between us getting it right,” Jake whined to the Associated Press.

Ah, the suffering one goes through for art...