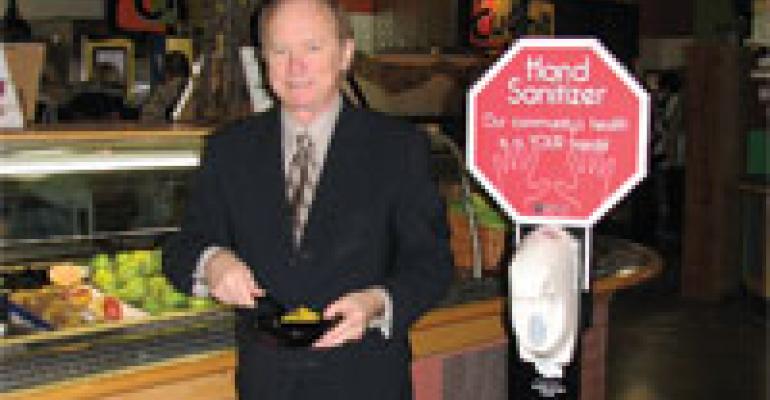 Time to Call It Quits on Quats?

When Frank Miller, director of hospitality services at the University of Western Ontario, received a visit from a representative of the local wastewater treatment plant last fall, he soon had a lot of questions about the request the visitor had come to make.

“They wanted us to eliminate our use of quats [shorthand for quaternary ammonium compounds, usually including benzalkonium chloride as their active ingredient] to ensure they would no longer enter our campus drainage system,” says Miller.

“And it wasn't just us — they have also been approaching hospitals and other large institutional operations in the London (Ontario) region with the same request. It was an issue that had never been raised with us before, and we've been using these chemicals as a sanitizer for years to sanitize everything from forks to tables.”

In fact, quaternary ammonium compounds are a very common low level disinfectant. They are distributed to and widely used in the foodservice industry for environmental cleaning, at least partly because they do not have many of the drawbacks associated with chlorine, alcohol and other disinfectants.

Miller's department investigated the request further, calling upon the expertise of two chemists on staff with the university's Health & Safety department. “We quickly discovered that the request was legitimate,” says Miller. “Research shows that while quats are extremely effective at killing bacteria, they can also be harmful to the environment.”

Tony Van Rossum, an environmental engineer in London's wastewater treatment division, explains that typical wastewater treatment processes are only able to remove about 25 percent of the quat compounds that pass through a plant. “The rest end up in our river, where they sometimes reach concentrations that significantly exceed allowable standards.”

A standard water quality test used by the city (and also by the U.S. EPA) measures “chronic toxicity” of water by measuring its impact on daphnia magna, a microscopic insect, as well as on trout and other organisms. As quat levels had risen, these tests had indicated excessive chronic toxicity. The city chose what it saw as its most practical and cost-effective solution for addressing the problem: seeking to get local organizations, from the university to hospitals to chain restaurants, to reduce their use of the chemical.

Back at the university, Miller's department had been using the chemical in two primary applications. The first was as part of a two-bucket system for sanitizing tables, counters and similar surfaces; the second was as a rinse in “three sink” manual dishwashing applications.

Typically, staff had periodically tested the quat solution over the course of its use, discarding used solution down a wastewater drain when quat strength dropped below a specified ppm (part per million) threshold.

According to Barry Russell, who oversees the university housing department's food handling and health and safety issues, “We estimated we were using over 600 liters of concentrated quat solution a year. So we set out to see if we could significantly reduce that usage level by changing our procedures.”

Those procedural changes were implemented after the 2010 New Year's break and included moving to the use of spray bottles of sanitizer to disinfect tables and other surfaces, then allowing them to air dry, thus eliminating the need to dispose of used sanitizer solution. In the three sink application, half sinkfuls of sanitizer are now used, reducing the volume of used sanitizer that later has to be disposed of.

Russell believes the new procedures will cut the amount of quaternary compounds that the school disposes of by 75 percent or more.

“The university has taken this very seriously,” says the city's Van Rossum, but he notes that it is a community problem that will require a community-wide response.

“We are trying to address the problem through education, rather than regulation,” he adds. “But if voluntary efforts don't work, other approaches may be necessary to protect water quality.”