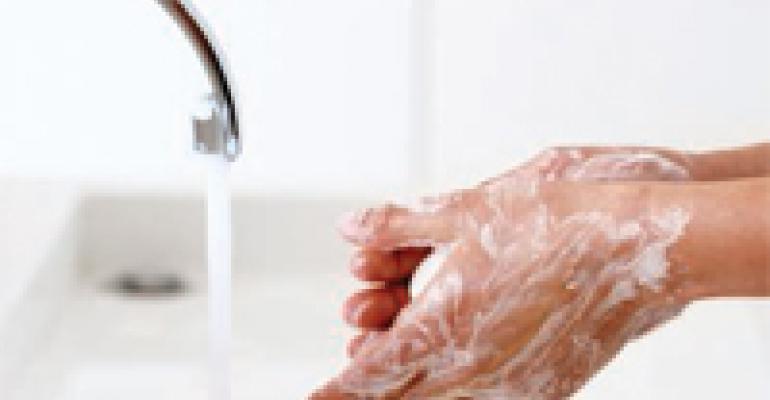 Those who teach food safety and food sanitation to students aiming to enter the foodservice realm are constantly revising the curriculum they cover. Although the objective has always been to teach operators the correct procedures to help prevent food-borne illness, this “field” is always in flux, as Richard Vergili, professor of nutrition and food safety at the Culinary Institute of America (CIA), Hyde Park, NY, points out.

Since joining the CIA faculty in 1981, Vergili has seen course content change in direct response to our continually improving understanding of the microbial environment. “Foodservice education never stops because the laws (i.e., county, state, federal) change based on new science,” he says. “For example, in my years of teaching here, we've seen a number of changes in the regulations that apply to the ‘Temperature Danger Zone,’ each time in response to the latest risk assessment.”

Specific food safety regulations vary by region. Vergili teaches what the Food & Drug Administration (FDA) proposes for retail foodservice in its Food Code. He's quick to point out that each state or region can establish its own regulations, but that they look to the Food Code for guidance.

“Operators (including food service directors) are responsible for heeding the laws in their local jurisdiction,” he explains. “In New York State, for example, the general rule of thumb is that county regs take priority and are the most stringent.”

In fact, as a member of The Conference for Food Protection, Vergili is among those from academia, in tandem with representatives from government (state and federal regulators), the food industry and consumer organizations who influence changes in the laws. What prompted the latest temperature change from 45° to 41° was primarily the better understanding of the microbial environment mentioned earlier: in this case, listeria monocytogenes' propensity for growth at cooler temperatures, he says.

Operators are expected to keep up with the changes in their state and local laws, with an advisory heads-up often provided via e-mail from a certifying agency such as the NRA's ServSafe division, the American Culinary Federation (ACF), etc. As in other legal matters, however, ignorance of the law, even regional variances in it, is no excuse for failure to comply.

One of Vergili's former students discovered this to his dismay a while back. “He was always so proud of his inspection scores — consistently above 95 — that he'd post them by the bar in his restaurant in North Carolina. At one point he'd lost three points for having sliced tomatoes sitting out on the counter, so he called me to find out why. It happened that North Carolina, Pennsylvania and New York states had recently had food-borne illness outbreaks traced to unrefrigerated sliced tomatoes and, as a result, the regulations were being changed. His state had moved on it before any of the others hand. Three years ago, most states didn't mention this in their regulations.”

Similarly, cut greens now must be refrigerated, mandated by a regulation adopted within the past two years. “It's included in the latest (5th) edition of the ServSafe manual in the addendum to the FDA Food Code made within the past year. It was added after the ‘sliced tomatoes’ regulation,” Vergili notes.

“Within the past two years, a term that's been around for 30 years — ‘Potentially Hazardous Foods’ — has been changed because its definition now has too many exceptions. The new term, ‘Temperature Control for Safety,’ is reflected in the ServSafe 2009 manual.”

Once again, the change was a direct response to a better understanding of behavior at the microbial level. As Vergili likes to say, “The microbes were breaking the rules we had established. In the old definition, foods with a ph level (a measure of acidity, or lack of it) below 4.6 were considered ‘safe’ because bacteria couldn't grow in that acidic an environment. But then we discovered a couple of forms of salmonella that could survive at that level.”

He further notes that many operators aren't aware that, for the past three decades, there's been a “keep refrigerated” warning in the Food Code for such items as sliced melons, cooked rice, cooked beans, all cooked vegetables, sprouts, baked potatoes and sautéed garlic in oil (a concern since a food-borne illness incident was traced to it in 1988). Most recently, cut tomatoes and cut leafy greens were added to this list as well.

“Food Defense” is the latest term that Kathy Kress, MS, RD, has added to her food safety training for managers curriculum. As assistant professor of nutrition and dietetics at Saint Louis (MO) University, and director of Region II West-Mid West of the Foodservice Systems Management Educational Council (FSMEC), Kress contends there's an urgent need for “protection from intentional adulteration by biological, chemical or physical agents (i.e., bioterrorism).” Her concern dates to early 2000, and it's an area she covers in her curricula now that wasn't covered in the past.

Kriss suggests that managers train staff to be aware of others around them and about the potential for food contamination that may occur in the supply chain. “Look for people who don't belong near loading docks, kitchens or serveries. Be aware of the behavior of delivery people, and anyone who handles food supplies. Keep storage areas locked to limit access to chemicals and food.”

Kress underscores the need for managers to continually train and retrain staff. But how do newly minted dietitians and food service managers actually go about effectively communicating food safety information to their often multi-cultural staff once they're out of the classroom and into the real world?

To help address multi-cultural, multi-language challenges, she suggests downloading the international icons available for that purpose from the International Association for Food Protection (IAFP).

Since 2005, the Food Code has encouraged the wearing of gloves to avoid hand contact with ready-to-eat foods (while slicing deli meat, making sandwiches, etc.). But there's confusion in regard to the safe usage of those gloves, Strohbehn points out. “For example, a worker must dispose of gloves after taking garbage out, going on a break or following certain other kinds of activities.”

At Iowa State, Lakshman Rajagopal, PhD, assistant professor, HRIM, developed a flash animation in Spanish and English that's also on its food safety website. It's called, ‘I'm Gloving It: The Why, The Where and The How!’ “We find the use of humor and social marketing techniques are more effective than the nagging approach,” Strohbehn says.

Allergen alert: Food allergens are yet another “new” area that have entered food safety curricula since the 2009 Food Code was released. It includes “a notation referring to food worker awareness of the food allergen concerns,” Strohbehn says. In response, Iowa State has developed an in-service template that features “What Restaurant Managers Need to Know to Train Staff,” “Action Steps for Front of House and Back of House,” plus a list of additional resources.

As director of food and nutrition services at Rush University Medical Center in Chicago, Mary Gregoire, PhD, RD, heartily agrees that more training in regard to food allergies should now be included in food safety education. She notes that peanut-containing cookies — peanuts being a potentially life threatening food allergen — are rarely baked at Rush anymore. “But if they are, staff know they're the last item going through the cookie dropper before it's totally cleaned and sanitized.”

As a hospital-based operator, Gregoire not only aims to stay on top of the most current Food Code (www.fda.gov), but must also meet Joint Commission mandates. (The Joint Commission on Accreditation of Healthcare Organizations or JCAHO oversees regular audits of a variety of hospital operations, including those in foodservice departments).

One recent difference between the two sets of guidelines underscores the need for staying current and compliant with the strictest regs. “The 2009 Food Code says food needs to be stored ‘at least six inches off the ground,’ but The Joint Commission now says 12 inches,” Gregoire reports.

“That's to avoid splash up from washing the floor beneath the shelving. In many states, the state sets the regulation using a particular (e.g. year of issue) version of the FDA Food Code. The individual county can choose more stringent — but never less stringent — requirements than the state code. The Joint Commission is an independent accrediting agency; it's voluntary for the hospital to join — but most hospitals choose to be accredited. As a foodservice operator, I go with the strictest guidelines that apply!”

At Rush, figure the bottom storage shelf is six-inches higher than it used to be, these days.