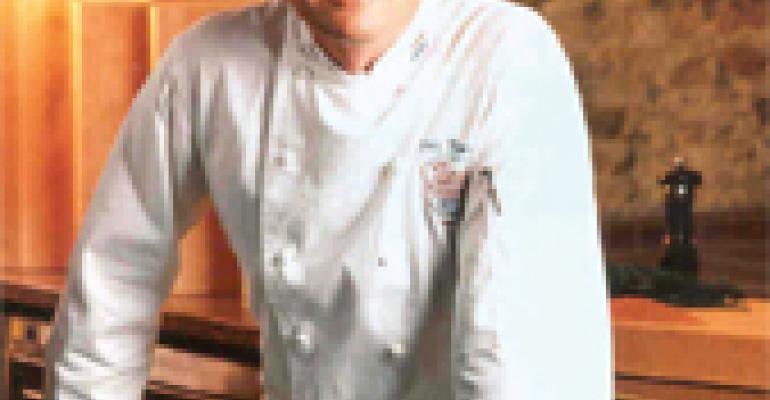 Whole Grains for the Whole Menu

From quinoa, bulgur and farro to wheat berries and even spelt, whole grains offer an opportunity to add value, flavor, texture and variety to your menu offerings.

Lars Kronmark was part of a small team of instructors who laid the foundation for the Culinary Institute of America's California campus, Greystone. In the mid-1990s, part of that strong foundation included an emphasis on the heartiness and character of whole grains.

“We had a class I loved called ‘The Mediterranean Beyond Italy,’” Kronmark says. “Everyone had been focused too much on Italy. This was about Morocco, Spain, Greece, Turkey and Tunisia.” Embedded in those cultures are grains that, at the time, weren't familiar to many American chefs. Classes at the CIA, sometimes collaborating with retailer Whole Foods Markets, began to focus on quinoa, bulgur, whole-wheat couscous, wheat berry and many other whole grains.

Since then, of course, whole grains have attracted much more interest from chefs and menu development specialists who value their unique textures, nutritional value and agreeable flavors.

As Lars points out in his classes, that's quite a change from the beginning of the last century, during the Industrial Revolution, when he says the grain world experienced what was essentially a “white out.”

“With the innovation of white flour, we lost a lot of ancient grains and people lost the nutritional value that whole grains had always delivered,” says Kronmark, whose own father was a farmer in Denmark.

Today, nutrition — and satisfying dishes — are abundantly available in foodservice and a resurgence in demand for whole grains has meant that a much wider variety of them are available than perhaps any time since those white flour-bound days. We asked Kronmark to share some ideas on how FM readers might more creatively employ some of these ingredients in their onsite menus….

Grains blend well with other items. That's a key to promoting their acceptance in foodservice. Mix them with something that people know and recognize. If someone sees chicken, broccoli, and then just plain grains on the line, they'll pass up the grains. Instead, mix them in with a more recognizable starch to get people to try them.

A medley of farro with shiitake mushrooms and whole-grain pasta is mainstream now. If you saw that years ago, you'd say “Am I in a hippie restaurant?”

You have to dress up whole grains to make them flavorful. Grains just by themselves are boring, but they are very adaptable when paired with other flavors. Often, you can change the color — not by artificial means — but by toasting or roasting, or adding saffron or curry paste. Grains go great with flavors like garlic, cumin or cilantro.

A huge number of students on a college campus will choose a vegetarian burger if it's offered. Make it with grains mixed with tofu or mushrooms. Burgers or meatballs with real meat can also use grain as a binder, instead of breadcrumbs. That boosts the nutritional value.

It's a misconception that ancient grains aren't readily available. There are a lot grown right here in the United States today.

Processors are now able to take whole grains and make flour that's almost white. So if you have someone — like my kids — who absolutely don't want ‘whole wheat’ anything, this is a way to get whole grains into their diet. You can now eat a bagel that's 80% whole grain and isn't dark.

When cooking whole grains, cook them the day before you need them. They do better that way. Watch for undercooked grains. The many years I've taught grains, I've seen more undercooked than overcooked. They are too chewy if undercooked. Err on the side of overcooking. For those who do a lot of baking, try putting pre-cooked grains into a dough.

Part-time vegetarians are a growing group. That's the generation that's growing up now. They watch what they eat, and whole grains appeal to them, so make sure they're somewhere on your menu.

Go to retailers for whole-grain inspiration. We got some good ideas from the Whole Foods people. They cooked wheat berries in a curry paste to make Curry Wheat Berry Shiitake Mushroom Salad. I still go down to Whole Foods for ideas. I figure, if people like this, and are buying it here, then why shouldn't I try it?