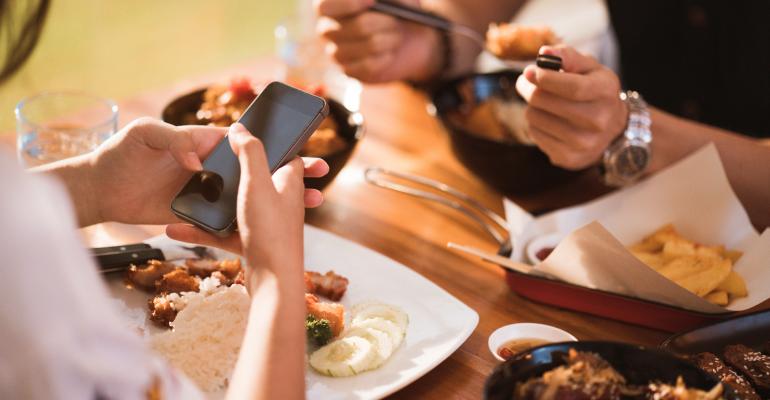 torwai / iStock / Getty Images Plus
One sign of a resumption of traditional dining operations on university campuses is the return of late-night campus dining options that in many cases were halted or severely curtailed by pandemic-related restrictions and staffing issues deriving from the pandemic.
News & Trends>Healthcare

This and over $170,000 in unclaimed school meal account funds at one major school district are some of the stories you may have missed recently.

One sign of a resumption of traditional dining operations on university campuses is the return of late-night campus dining options that in many cases were halted or severely curtailed by pandemic-related restrictions and staffing issues deriving from the pandemic. For instance, at Yale University, a late-night dining option called Ivy will be available beginning March 29 in the school's Schwarzman Center’s Underground venue for the first time since the Schwarzman Center opened last August. At Ivy, members of the Yale community will be able to order a variety of snacks, meals and finger food featuring “globally-influenced flavors” such as signature tacos on house-made tortillas and beef sliders with hand-cut Greek fries.

Meanwhile, across the country, Stanford University recently celebrated the return of its Late Night at Lakeside dining option for the first time since the advent of the pandemic two years ago. Open Sunday through Thursday from 9:30 p.m. to 2:30 a.m., it offers fare such as chop cheese sandwiches, loaded nacho fries and Nutella banana milkshakes. “R&DE [Residential and Dining Enterprises] recognizes that late-night dining options are important for students, and we are happy to restart programs as the public health environment and R&DE Stanford Dining staffing have improved,” explains R&DE spokesperson Jocelyn Breeland.

Read more: Everything about Ivy, Yale’s new late-night dining option and Quesadillas and DJs: The return of Late Night at Lakeside

The Hillsborough County School system in Florida, one of the largest public school districts in the country, says it currently has 16,141 school meal accounts with unclaimed money totaling $170,108. District spokesperson Erin Maloney says most of the accounts total less than $10, but parents can still get a refund, even if their account is dormant.

Sodexo has announced the expansion and extension of its contract with University Hospitals (UH) in Ohio, its largest integrated services healthcare client in the U.S. for which it provides a breadth of services that include patient nutrition and retail food through UH’s cafeterias, Wolfgang Pucks at UHCMC and coffee kiosks such as Einstein’s, as well as facilities and construction management and healthcare technology management. The renewed contract anticipates an 11-year relationship during which Sodexo will employ 180 people across six areas of service and plan to renovate the retail and cafeteria space at UH Cleveland Medical Center as well as complete an engineering study of the health system’s acute care campuses.

Service!, an endeavor originally launched at the start of the COVID pandemic to support and feed individuals in the hospitality industry, is now expanding its operations to open Cafe Overlook in the cafeteria space in the Franklin County Courthouse in Columbus, Ohio as a social enterprise to help prepare its employees for careers in the hospitality industry through training and educational resources. The operation will focus on training individuals who might not have a lot of industry experience on every aspect of the business, from washing dishes to working with customers in the front of the house, to create a potential pipeline of employees for local establishments to help address the industry’s current labor shortage.

Hall of Fame Resort & Entertainment Co. has entered into a multi-year concessionaire extension of its agreement with FM Top 50 firm AVI Foodsystems to not only operate the football-themed Starbucks location at the Constellation Center for Excellence slated to open before this summer, but to make AVI the exclusive provider of concessions and catering services at the Tom Benson Hall of Fame Stadium and the HOFV Sports Complex located on the campus of the Hall of Fame Village powered by Johnson Controls in Canton, Ohio. The initial deal in June 2021 made AVI the operating partner for the Starbucks location, but now, under the expanded five-year concessionaire agreement, AVI will begin providing concessionary services at the Tom Benson Stadium and HOFV Sports Complex immediately.