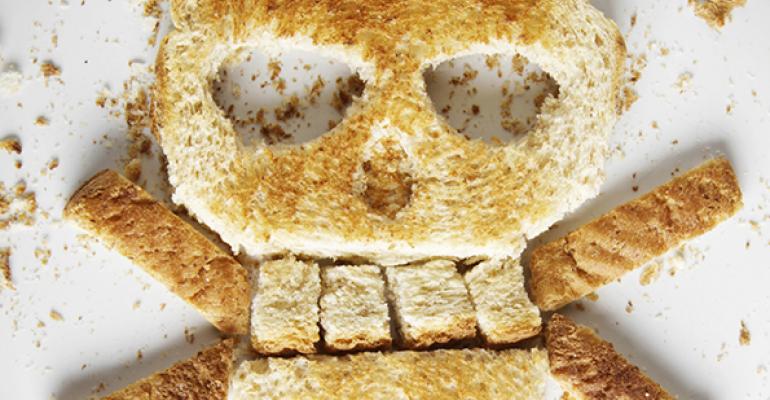 This and more are the things you missed for the week of June 29.

1.    Study: Patients endangered by hospital food
A recent report by the Pennsylvania Patient Safety Authority found that the meals patients were served could be deadly. “Patient safety analyst Susan Wallace found 285 such mistakes between January 2009 and June 2014. Eight of them—all involved patients eating food to which they were allergic—resulted in serious harm,” wrote Philly.com. The majority of the 285 mistakes—181—were allergy mistakes.

2.    Students add recipes to menu at San Diego USD
Two new items will be on the menu next year, courtesy of students at San Diego Unified School District. The winning items were Terrific Turkey Tacos and AVAcado salad (named after recipe developer Ava Marie Bunn). The taco will be on rotation for the district’s new Taco Tuesday. In addition to developing the concept, students in the recipe contest had to write out a detailed recipe with instruction steps and ingredients.

3. UK hospital out to bust “hospital food” myth
We’ve all the heard bad hospital food jokes, but one hospital in the UK is attempting to turn opinions around by inviting others to dine with them. In addition to showcasing the hospital’s food, the event was used to show healthier options that are served and to gather feedback on patient meals.

4.    Going vegan helps dieters lose weight, study finds
Do fad diets work? A new study found that dieters who followed a vegan diet lost more weight than their meat-eating counterparts. This study is “the first study to compare data from vegan plans against that of the Atkins diet and others recommended by the American Diabetes Association and the US National Cholesterol Education Program. Dieters on a vegetarian or vegan plan lost an average of 2.02 kg (4.45 lbs.) more than those who consumed meat and other animal products,” wrote Yahoo News.

5.    Hospital denies rodent infestation in cafeteria
The foodservice director at James A. Haley VA Hospital in Tampa refuses claims that there is a rodent infestation in the areas surrounding the cafeteria, following the discovery of a dead rat. Jana Boehmer, chief nutrition and food services, admits there has been a recent increase in mice but says there is no infestation. Boehmer attributes the uptick to construction in the area and says a pest control company has been hired to spray on a weekly basis.