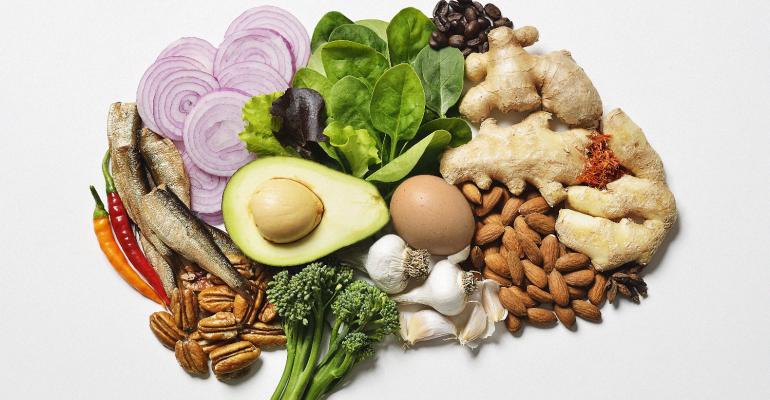 David Malan / Stone / Getty Images
In a recent report published in Current Developments in Nutrition, they said they found that while eight of the 10 institutions they surveyed said they already used some form of fruit and vegetable nudging in marketing and health promotion.
News & Trends>Healthcare

This and Yale celebrating Black History Month with staff recipes are some of the stories you may have missed recently.

Researchers at the University of Guelph in Canada have been looking for new ways to subtly prompt students to choose more fruits and vegetables at campus dining facilities through a technique called “nudging” that involves modifying the environments where people make food decisions so it’s easier for them to pick healthy options. In a recent report published in Current Developments in Nutrition, they said they found that while eight of the 10 institutions they surveyed said they already used some form of fruit and vegetable nudging in marketing and health promotion, dining program managers were less likely to opt for measures that would be difficult or expensive to implement, such as those requiring structural changes, and were also hesitant to use methods such as sending text message reminders because of concerns for students’ privacy.

In order to help combat food insecurity in Brooklyn, N.Y., the Hospital for Special Surgery (HSS) is teaming up with the NBA's Brooklyn Nets and the WNBA's New York Liberty to launch The Brooklyn Nets and New York Liberty Food Pantry presented by HSS at two local public school sites—P.S. 12 and M.S. 484—in the city's Ocean Hill Brownsville neighborhood, where 32% of residents face food insecurity according to NYC Food Policy. The pantries will be stocked with non-perishable food and household items and provide the necessary support to distribute free groceries and meals on-site, with the Nets, Liberty and HSS also working with the Food Bank to host monthly fit clinics where students will learn about nutrition, sports performance, and sports safety.

Elior North America has appointed Brittany Mayer-Schuler president of Corrections within its Summit correctional segment, one of the nation’s largest corrections-focused managed services providers. Mayer-Schuler, who currently serves as Elior North America's general counsel, will assume her new role on July 1, succeeding Marlin Sejnoha, who will be transitioning into a strategic consulting role supporting the company’s Corrections segment.

Clermont-Ferrand University Hospital, a public medical center that sits in the midst of storied wine regions Bordeaux, Sancerre and the Loire Valley in south-central France, hosts what is likely the world’s only hospital-based wine bar, the sole purpose of which is to bring contentment to patients in pain or at the end of their lives. Started by Virginie Guastella, chief of the hospital's palliative care unit several years ago, the service has been a hit ever since, beloved by patients, staff and the many vintners who have donated case after case.