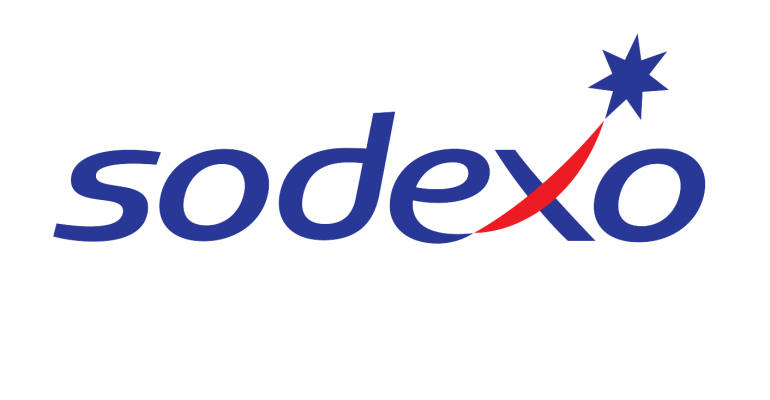 Sodexo has appointed Stuart Winters CEO for the US Healthcare division.
News & Trends>Healthcare

This and the release of AHF’s state of the healthcare foodservice industry report are some of the stories you may have missed recently.

Sodexo has appointed Stuart Winters CEO for the US Healthcare division. He had previously served as CEO for Healthcare in the company's UK & Ireland region for the past three years and for Asia Pacific between 2015 and 2018. After working in the oil and gas industry, Winters joined Sodexo in 2005 in Thailand, where he opened and ran several new countries for the company, including Thailand, the Philippines, Vietnam, Malaysia and Laos.

In a separate announcement, Sodexo reported that it has signed an exclusive 10-year partnership with premium coffee/food solutions company For Five through through which its Corporate Services clients will serve For Five’s specialty coffee and their customized food menu across Sodexo's full-service corporate dining locations in North America. Additionally, For Five menu items will be available via Foodee, a Sodexo-acquired technology company that aggregates local restaurants to provide companies with its highly customizable and convenient meal planning service.

Read more: Sodexo announces Stuart Winters as new President for US Healthcare division and Sodexo and For Five Bring Specialty Coffee and Food to Corporate Services Sites Across North America

The Association for Healthcare Foodservice (AHF) has released its inaugural State of the Industry report based on a nationwide survey of U.S. healthcare foodservice operators conducted this past July and covering topics such as patient dining program models, non-patient foodservice trends and issues faced as results of the pandemic. According to the survey, among adjustments made due to the pandemic by operators are increased frequency of cleaning and sanitizing, more pre-packaged food, the elimination of self-service stations and increased take out options while the top concern listed was a lack of qualified candidates to fill positions.

After a delay caused by staffing shortages, UCLA Dining Services has reopened its Feast at Rieber dining hall, though only for dinner service between 5 p.m. and 8 p.m. and with limited food options from its Spice Kitchen platform that is serving one dish nightly to students with both meat and vegetarian choices. Prior to the start of the COVID-19 pandemic, Feast at Rieber was a full-service dining hall with an exclusive Asian cuisine theme that won an FM Best Concept Award for its menu in 2012.

Product shortages and delivery delays have forced Sara Dan, director of foodservice operations for the Sarasota County Schools in Florida, to make emergency runs to retail grocer Costco to help stock the district’s cafeterias. She reports that in the past week delivery trucks showed up with 2,200 fewer cases than the district had ordered, compared to 305 cases that were shorted at this same time last year.

The Adams House dining hall at Harvard University recently closed temporarily due to an infestation of fruit flies, which students have been finding in their food since the issue began two weeks ago. While the dining hall is closed, Adams House residents are being permitted to eat all meals, without timing restrictions, at any other undergraduate house, though they are being asked to visit different houses to avoid overcrowding in dining halls near Adams House.