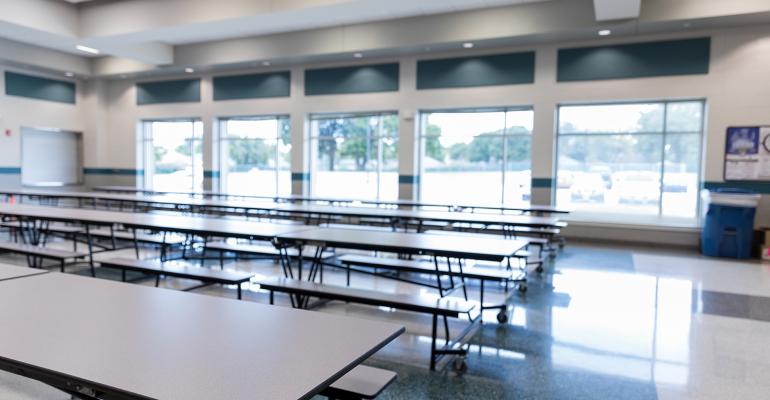 5 things: USDA may free up $1B to help schools buy commodities

This and the first result of the Aramark/Starr Restaurants alliance being set to debut this fall are some of the stories you may have missed recently.

With Congress so far declining to extend the pandemic-era universal school meal program that expires on June 30, Biden Administration officials are exploring using about $1 billion from an Agriculture Department fund to help schools purchase U.S. commodities for their meal programs. A USDA official not authorized to speak publicly on the matter confirmed the department intends to deploy the funds later this month, but final arrangements are still underway.

A recently released survey from employment consultancy firm Velocity Global shows that U.S. college-aged adults are embracing remote work in their career transition plans, with 69% saying they are somewhat or extremely likely to consider a job that is entirely remote and 80% saying they would consider taking less money for their job if it allowed a remote option. Meanwhile, only 18% said they prefer to work from an office five days per week and 44% said they plan to have a traditional Monday-Friday, 9-to-5 in-person job. The College to Career Survey examined 1,000 college-aged respondents’ attitudes on remote work and their work-life balance expectations as they prepare to transition into the workforce.

While some nursing homes nationwide are reportedly facing shutdowns due to staffing shortages fueled by the COVID pandemic, others like the Grill Room at The Harbor Chase of Prince William Commons in Virginia are improvising by offering farm to table, fine dining to the surrounding community. The strategy is to attract new guests and potential clients to the assisted living facility and give it a new source of revenue by offering a five-course meal that is made to order and plated by some of the industry’s top chefs for $60.

UPMC Children's Hospital in Pittsburgh has opened its new Edible Garden and Mindfulness Path on the hospital's third-floor terrace. It features metal planters and a living wall of house plants, herbs, berries and grasses, with the food grown there to be used in dishes in the hospital's cafeteria.

Bonus: The story of two purchasing/stocking heroes of the pandemic