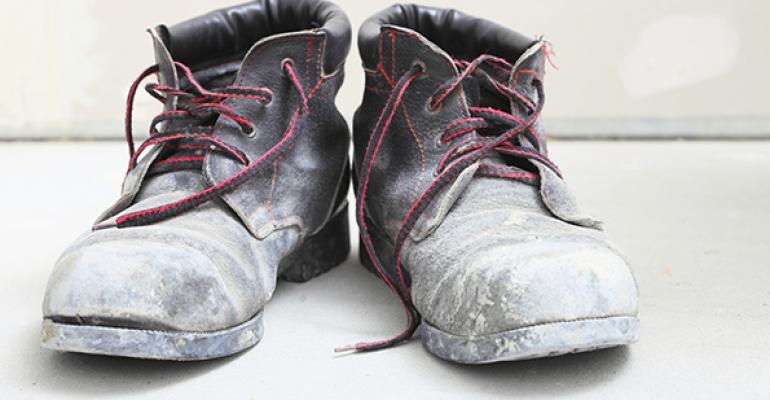 This and more are the things you missed for the week of June 22.

1.    Maine law limiting food marketing to students vetoed
There’s advertising everywhere, including schools (just check out this photo of an Oreo worksheet). Tina Pettingill, of the Maine Public Health Association, hoped to limit marketing efforts in schools to be for those items only that meet federal nutrition standards. The bill was vetoed by Gov. Paul LePage, however.

Read more: A Maine student’s homework, brought to you by Oreo

2.    Hospital employee fired for washing shoes in sink
A foodservice employee at a hospital in Singapore was fired after a video showed her washing her shoes in a kitchen prep sink. The video shows the woman putting the brush she used to clean her shoes in a holder containing knives for food preparation. "It is obvious from the video that like many under-educated and underpaid staff working in such eateries, she did not understand the need to maintain proper hygiene or how to safeguard the health of customers," The Rakyat Post wrote.

3. Deep fryers return to Texas schools
Last week, Texas’ new agriculture commissioner Sid Miller announced, after weeks of foreshadowing, that the state’s decade-old ban on deep fryers in public schools was lifted. Miller has said the ban is government overreach and is simply returning choice and flexibility to schools.

Read more: Texas: Deep Fryers, Once Banned by State, Are Allowed to Return to Public Schools

4.    Restaurant opens in old hospital dining space
After the cafeteria closed in a Michigan hospital, two restaurateurs saw the opportunity and opened a restaurant. The Red Door Restaurant is open for lunch Monday through Friday, and from 4 p.m. to 6 p.m. Fridays for family style pickup meals. The owners are also providing catering service from the space.

5.    Students advocate for free lunch in NYC
A group of students is pushing NYC Mayor Bill de Blasio to fund universal free lunch for all public schools. The move is estimated to cost $20 million. De Blasio says he isn’t for the measure due to “mixed results” from the city’s middle school free lunch program.

Bonus: 5 award-winning ways to use cranberries in school meals