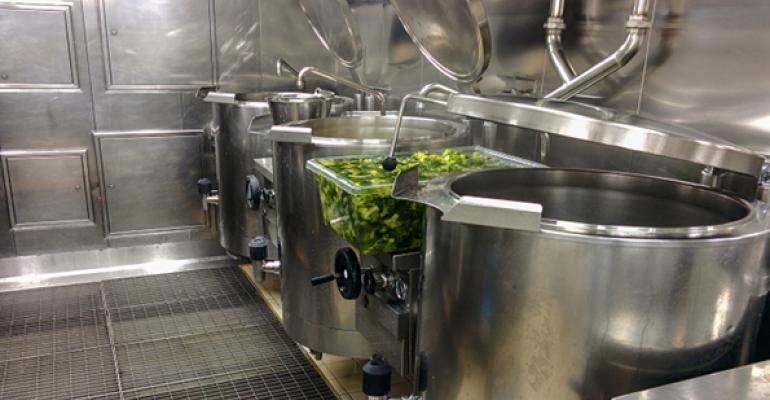 5 things: Workers “bathe” in cooking pots and the 10 items college diners order most

This and more are the things you missed for the week of Sept. 7.

Millennials seem to get all the buzz lately, but there’s a new generation that’s making its mark—Generation Z. Gen Zers are the audience in K-12 schools now, and one Minnesota district has found success marketing to this generation’s desires. Variety, eye appeal and getting kids involved in menu planning and development have helped Sartell-St. Stephen Schools keep students participating in the school meal program. Some other Gen Z trends include fresh food consumption, which is projected to grow after already increasing by 20 percent, and the consumption of Hispanic foods, which is forecast to increase 7 percent in the next five years.

A video recently surfaced of hospital employees “bathing” in a large pot used to cook meals at a hospital in Mexico. While the employee isn’t actually taking a bath—it appears the movie is more of a prank or having a little fun at work—the image is still a disturbing one. This isn’t the first time something like this has happened recently. A worker was fired in Singapore for washing her shoes in a kitchen prep sink.

Starting in December, restaurant chains with at least 15 outlets nationwide will be required to denote which menu items are high in sodium—items with more than the daily recommended limit of 2,300 milligrams of sodium will have to be marked with a salt shaker symbol. The rule will apply to about 10 percent of menu items in those chains, which account for about one-third of the restaurant traffic in the city. This isn’t the first time NYC has jumped on the menu labeling initiative. NYC also requires chains to report calorie counts on menus.

Earlier this week, Amazon launched a new restaurant delivery service in Seattle. Amazon Prime Now members, who now get same-day, one-hour delivery for thousands of items sold through Amazon.com for a yearly fee of $99, will also be able to order, pay for and track food from area restaurants through an app on Amazon. Amazon’s restaurant service uses the company’s fleet of drivers to deliver food within an hour. As companies expand their options to compete with commercial restaurants, will Amazon’s delivery service put a dent in an already tight lunch competition?

5. 10 foods college students order the most

While you might think pizza would top the list of the most ordered item by coeds, it’s actually frozen yogurt—pizza comes in at No. 8. That’s according to a recent study by GrubHub, which took a look at the ordering habits of college students from more than 100 schools across the nation. Besides the top 10 list, the survey also found that college students order more late-night food than non-college eaters and they also are less likely to choose healthier options.

Read more: The 10 Foods College Students Order The Most