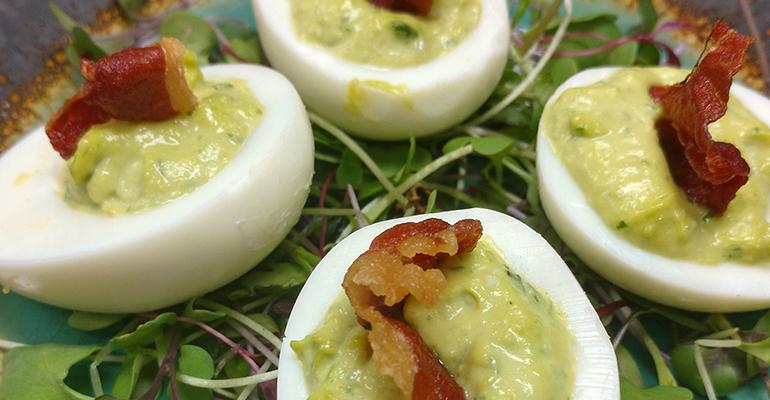 The demographics of residents in senior living communities is changing. Baby Boomers are moving in, and looking for sophisticated fare beyond meat and potatoes. In the five years that Drew Ward, executive chef with Morrison Community Living at Sharon Towers in Charlotte, N.C., has been creating menus for the residents there, he’s seen a definite change.

“When I first got here, it was really hard to try anything new, but within the last couple of years, I’ve been doing lunch chef’s table tastings and chef’s dinners with seven courses all vegetarian,” Ward says. “It started out very ‘meat and potatoes,’ but now we’ll have theme nights like seafood or wild game, and it sells out every time. It’s surprising what I can try now.”

This is where Ward sees the possibility to stretch menus into even more creativity.

“The Lounge has never really been utilized very well,” he says. “We’ll have Thirsty Thursdays with drink specials, and it’s the place to go for a drink before dinner at Allison’s. But we’re trying to come up with a true dining option for people who don’t want the cafeteria or fine dining that night.”