9 examples of the Eskenazi Passport Menu of global flavors 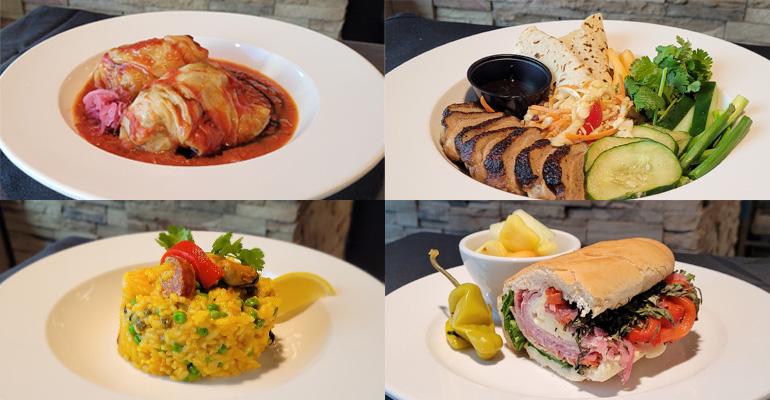 Start Slideshow ›
Eskenazi Health is offering specials representing 52 cuisines in 52 weeks and here are some that have been menued so far.

The Food & Nutrition Services Department at Eskenazi Health in Indiana launched a global flavors initiative called Passport Menu at the beginning of January with the goal of highlighting 52 different regional cuisine traditions from around the world in the 52 weeks of 2021. The dishes are being offered at various stations in Eskenazi’s main Ingram Micro Mobility Marketplace dining venue as well as at its Café Soleil sit-down restaurant. In all, the program looks to serve several dozen dishes for each week’s featured cuisine.

The cuisines being picked will often represent regions rather than countries or continents because the goal is to highlight specific traditions. So, for instance, one week will feature Mandarin cuisine from China while another region from the country might be featured later “because China has so many different areas and types of cuisines, so we want to highlight each one as best we can that week,” explains Eskenazi Chef Dugan Wetzel.

The same Passport Menu specials are offered all week at the Marketplace’s pizza, deli, grill and salad stations while the action station “has been the biggest hit because it features new items each day during the week from our Passport Menu,” says Tom Thaman, Eskenazi’s director of food & nutrition. Meanwhile, a single dish from the week’s Passport Menu cuisine tradition will be offered at Café Soleil each day of that week.

Here are some of the dishes that have appeared on Passport Menu to date.