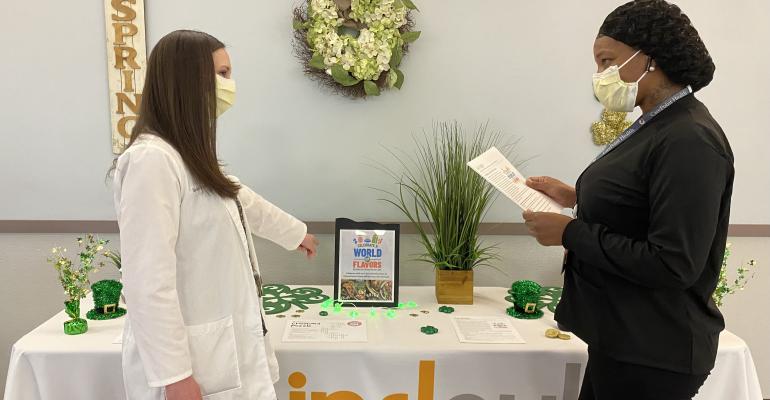 Sodexo’s portfolio of global themed cuisine concepts helps highlight healthy dishes from around the world, which is the National Nutrition Month theme this year.

CarePoint Health cafeterias at Bayonne Medical Center, Hoboken University Medical Center and Christ Hospital in New Jersey, in partnership with Sodexo, are celebrating National Nutrition month in March by rolling out culinary concepts such as Mediterranean, Latin and Asian food. In addition, each week of the month brings a different set of community awareness initiatives. They are…

Related: 8 traditional and not-so-traditional ways to tango with Cuban food

(Week 3) Planning meals and snacks, choosing healthy recipes to make during the week, using a grocery list to shop for nutritious foods, making healthy food and drink choices when away from home.

(Week 4) Creating tasty foods at home, learning cooking and meal preparation skills, trying new flavors and foods from around the world and enjoying meals with friends or family. 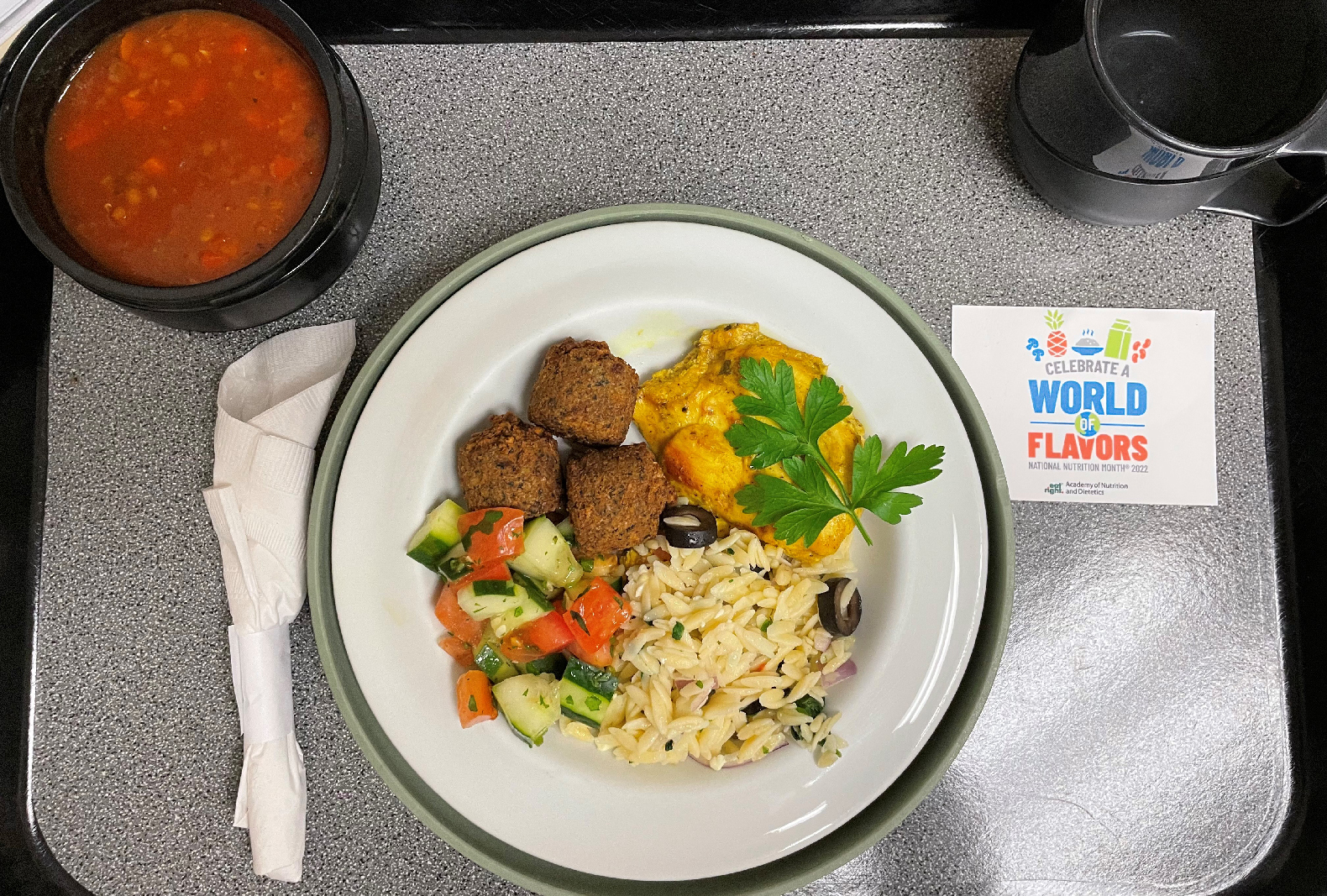 Patients joined in the National Nutrition Month World of Flavors celebration with daily specials each Wednesday from that week’s global cuisine theme, such as this falafel dish with sides from Kalamata.

National Nutrition Month is an annual initiative of the Academy of Nutrition & Dietetics, with the theme this year being to “celebrate the world of flavors,” and “our goal was to bring this theme to our patients in our hospitals as well as our team members and the communities at large,” says Sodexo Clinical Nutrition Manager Jane Pilanski. “It really works well because of where we are, here in New Jersey’s Hudson County, which is a very diverse area, so we wanted to highlight those cultures over the month while providing nutrition education for our patients and team members.”

One effective tool was the setting up of a Mindful table in the cafeterias with nutrition handouts (Mindful is a longstanding Sodexo healthful eating concept that won an FM Best Concept Award in 2014), recipes and tips for healthful eating, information the Academy wants to emphasize. In addition, Sodexo played videos created by its dietitians in the cafeterias along with signage discussing the health benefits of healthy eating the goals of National Nutrition Month. The videos include links to Sodexo’s consumer facing website at mindful.sodexo.com.

“It gives people an immediate way to get these healthful global recipes because everything on that website is a healthful choice meeting certain parameters in things like calorie, fat and sodium levels,” Pilanski notes. 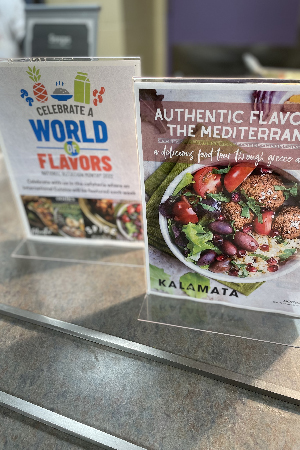 Photo: Cafeterias featured special globally themed healthy meals over the course of the month from Sodexo’s portfolio of global cuisine concepts such as the Mediterranean themed Kalamata.

“Sodexo has a variety of culinary concepts that work perfectly with this theme, such as the Kalamata Mediterranean themed concept, the Planta vegan Mexican themed concept and Spice Market Indian concept,” she explains. “Also, many of these are build your own so customers can choose their own toppings and all are plant-forward.”

For patients, the week’s global cuisine concept is featured as the daily special each Wednesday, and they have been popular choices, Pilanski says.

“A lot of folks are really happy to see healthy foods from their culture represented, such as something from Planta that is both Latin cuisine and a healthy food,” she observes. “Everyone has been really excited about this.”