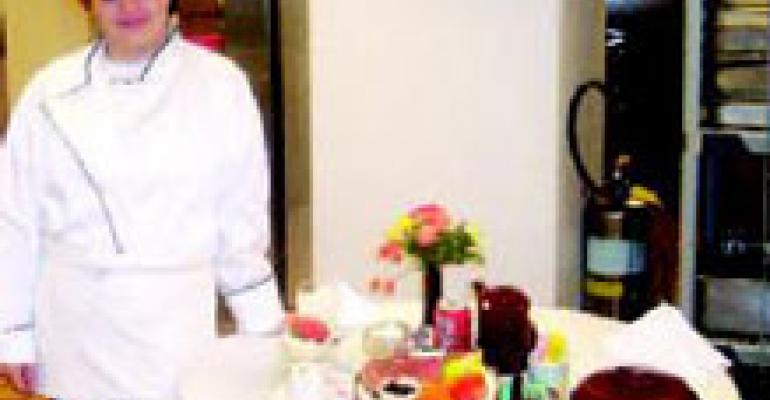 Many hospitals have struggled to weigh the costs and benefits of converting their patient feeding operation from tray lines to a hotel-style room-service approach. One small rural facility decided to take the plunge this past March in true jump-right-in fashion and is very glad it did.

The 103-bed Logansport (IN) Memorial Hospital also says it realized net savings in food costs—despite using higher-quality product—of more than $44,000 annually, and that it reduced labor levels from 32 F.T.E.'s to 24, or 0.17 paid hours per meals served.

The conversion, which was finished in just six weeks and began operating March 29th, was the goal of the foodservice department's new director, Michael Thorne, who had started at Logansport only the previous month.

“We pretty much replaced the tray line and upgraded the menu to include things like rib-eye steak and prime rib,” Thorne explains. “Room service is a way of cutting down on food waste,” Thorne adds. “We used the money we retained and put it back in the program. That way we've been able to afford things like prime rib and the other better items. We saw an immediate increase in our customer satisfaction and it has continued to fly.”

In addition to the money savings, the conversion has also allowed the hospital to bring back a popular feature, its “Baby Gourmet” program, which offers new parents a gourmet meal of shrimp scampi, lobster tail, filet mignon and so forth.

“Under the old system, it was difficult to do, but now, an entree like this is just another meal,” Thorne says. “It's just like running a restaurant.”

Room service is available from six in the morning to six in the evening. Each room has an attractive menu in a bound folder, and patients simply call orders down to the diet office. There, each patient's dietary restrictions are logged so patients cannot order anything they aren't cleared to have. “We consider it an education opportunity,” Thorne says. “We explain not only that they can't have the particular item, but why they can't have it, and then offer an alternative.”

Turnaround is between half and hour and an hour, though it can be as quick as five minutes depending on the item and other factors like how busy the kitchen is. Most items—steaks, chicken, omelets—are cooked to order.

Steaks and prime rib seem to be the most popular choices, Thorne says.

“We did away with top round and now use prime rib for everything,” he explains. “We contacted our vendor and negotiated a better price based on the larger volume of a single product.”

The conversion was a blitzkreig of operational activity. “First we had to replace the old plate warming system with a wax base system,” Thorne explains. “We also purchased new delivery carts that only hold five trays.”

Other purchases were designed to present a look of quality. “We purchased a pair of insulated, color-coded coffee pots (green for tea, brown and burgundy for hot chocolate and burgundy for coffee) to cut down on the time wasted by our nursing staff delivering coffee, and to give our customers a quality product,” Thorne notes.

“We also did away with the old plastic cups and replaced them with china cups and saucers. We serve our food on pretty china with a colorful fruit design instead of plain white, and use real glasses for all drinks.”

An unexpected bonus was an uptick in sales in the hospital's cafeteria after the conversion to the room service program. “We attribute this to guests of the patients wanting to sample some of the same food they see the patients getting,” Thorne says.