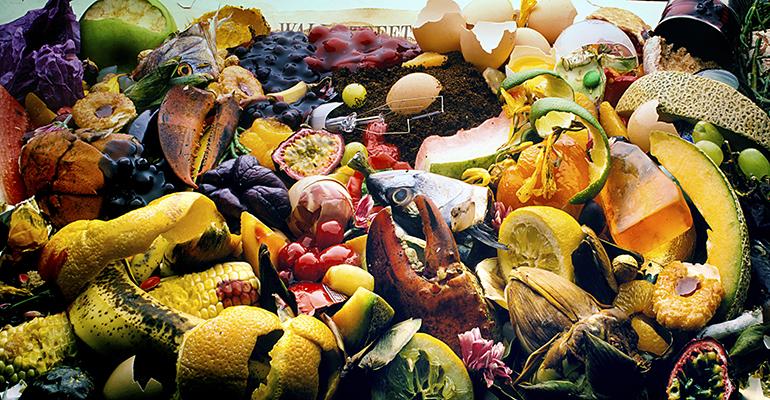 ATU Images / The Image Bank
Big dining programs, like the many healthcare facilities served by Morrison Healthcare, have the opportunity to make a big impact on our planet for the next 30 years and beyond.
News & Trends>Healthcare

How healthcare food service can refocus on sustainability

While mindfulness experts may admonish us to stay in the present, those who are tracking the environment are living in 2050 right now.

“My reality is thinking 30 years into the future,” says Morrison Healthcare’s National Director of Wellness and Sustainability Lisa Roberson, RDN, LD.  She has been peering into the big picture of our planet—and humans’ impact on it—for several years, and it’s more important now than ever, she says.

Speaking to Roberson, she refers a lot to World Resource Institute (WRI)’s grim numbers related to the growing population—a projected 10 billion people by 2050, land that’s being used up too fast for agriculture and emissions growing too. Global warming ties into this, too (we told you this is grim).

The good news: Foodservice leaders like Roberson are working toward real things big foodservice operations can do in the present that will make a difference in the future.

“Reducing food waste and switching to more plant-forward and plant-based options are two of the biggest initiatives that we can do in order to help feed the planet in the next 30 years,” Roberson says.

Tackling food waste by tracking it

Tracking food waste to see when and where it’s happening in a healthcare kitchen is the first step. A new in-house app, Waste Not 2.0, is a proprietary program created in Bon Appetit Management Co. through a tech partnership. Chefs had lots of input in the development, and it’s used in Morrison Healthcare/Compass Group to weigh, track and analyze their food waste.

Back of the house staff are learning how to handle food before it becomes good waste or bad waste…or as they’re calling it, “green waste” or “red waste.”

Just the act of tracking food waste “prompts our teams to make decisions on what we do with certain kinds of waste,” Roberson says, adding that finding out how many compostable waste items are coming through might lead to operators starting a compost program if it’s not there already.

More plants on the menu

Getting chefs keyed into the importance of reducing animal-dependent menus and increasing plant-based alternatives is part of Morrison’s strategy as well. The WRI’s Cool Food Pledge offers big foodservice operations a way to begin making a real, measurable impact by moving away from meat.

Roberson thinks chefs and customers looking at plant-based menus as only “better for you” isn’t the most effective sell.

“If you tell people to do this for their own health, they’ll often say, ‘Screw it,’ but if you talk about ways it will help someone else, or help the planet, that’s not the same old message,” she says.

Culinary training sessions allowing team members (both front of the house and back of the house) to experience new and exciting ways to put more plants into the menu. The Beet Root concept is an example of that coming to life for Morrison (and winning a Best Concept award last year).

“We’re being very intentional in reaching this goal,” Roberson says, adding, “You can’t think in a small box with all of these initiatives. They all move toward better population health (a concept that comprises the intersections of public health, going beyond the community and into the planet).”

Viewpoint: You don’t have to care about animals to see that the future is plant-based
Apr 29, 2021