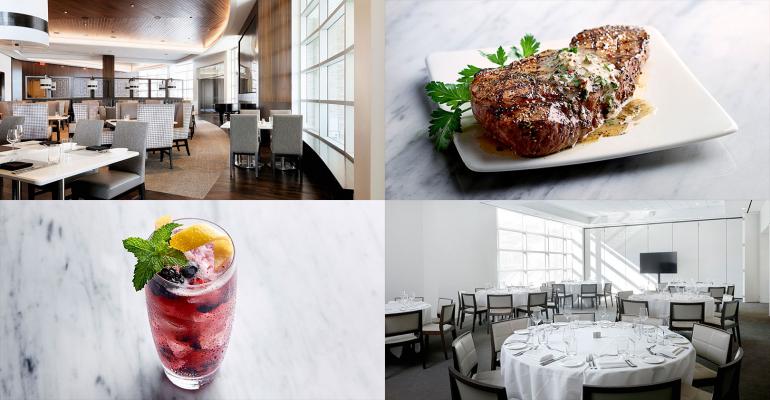 “We transformed the overall look and feel to be much more relevant,” says William F. McKeon, TMC’s executive vice president and chief strategy and operating officer. “It’s not just fine dining, but it’s a gathering place for physicians coming out of surgery, visiting Ph.D.s here for research, nurses off shift—really anyone to be able to come over with a friend or sit alone at the bar.”

Former Trevisio Executive Chef Jon Buchanan was kept on as Third Coast’s executive chef. He spent the months the space was under construction crafting an inspired menu that reflects the diversity of the city and TMC’s health-conscious population.

Click through for a visual tour of the new space and menu.