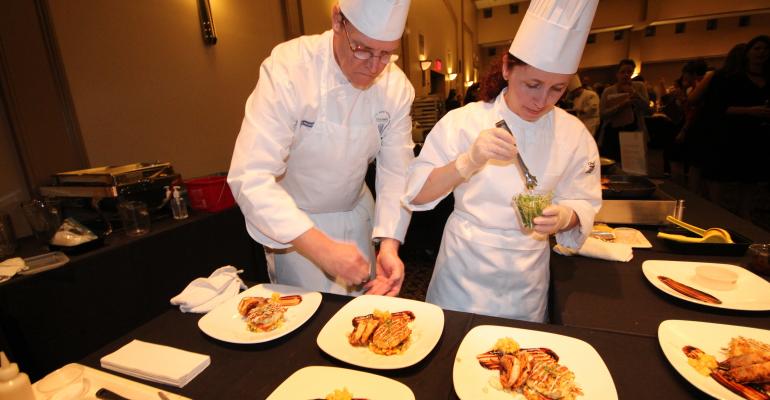 The winning entry made use of local seafood and other ingredients Other entries also healthy, wow-worthy

The common denominator in the entries for this year’s AHF Culinary Competition was Potato Pearls. Five teams of chefs incorporated them into some extremely creative dishes at the AHF conference, held last week in New Orleans. The competition, sponsored by Basic American Foods, brought together some of healthcare's top chefs.

“I’m from the South Side of Chicago, so if I’m going to attempt a regional dish from New Orleans, I want to do it right,” Roth says. Before arriving in the Big Easy, Roth sourced local products for the dish, including the seafood.

Roth also had to interpret an authentic dish that traditionally makes use of a lot of butter into something that fit the competition’s guidelines: No more than 700 calories, with one third of the calories coming from fat and less than 700 mg of sodium.

The maque choux portion of the dish is a Creole dish that begins with the famous Trinity: onions, bell peppers and celery in equal parts, then incorporating corn. Roth and Manikatova sheared the corn right off cobs, ensuring fresh-picked taste and texture. 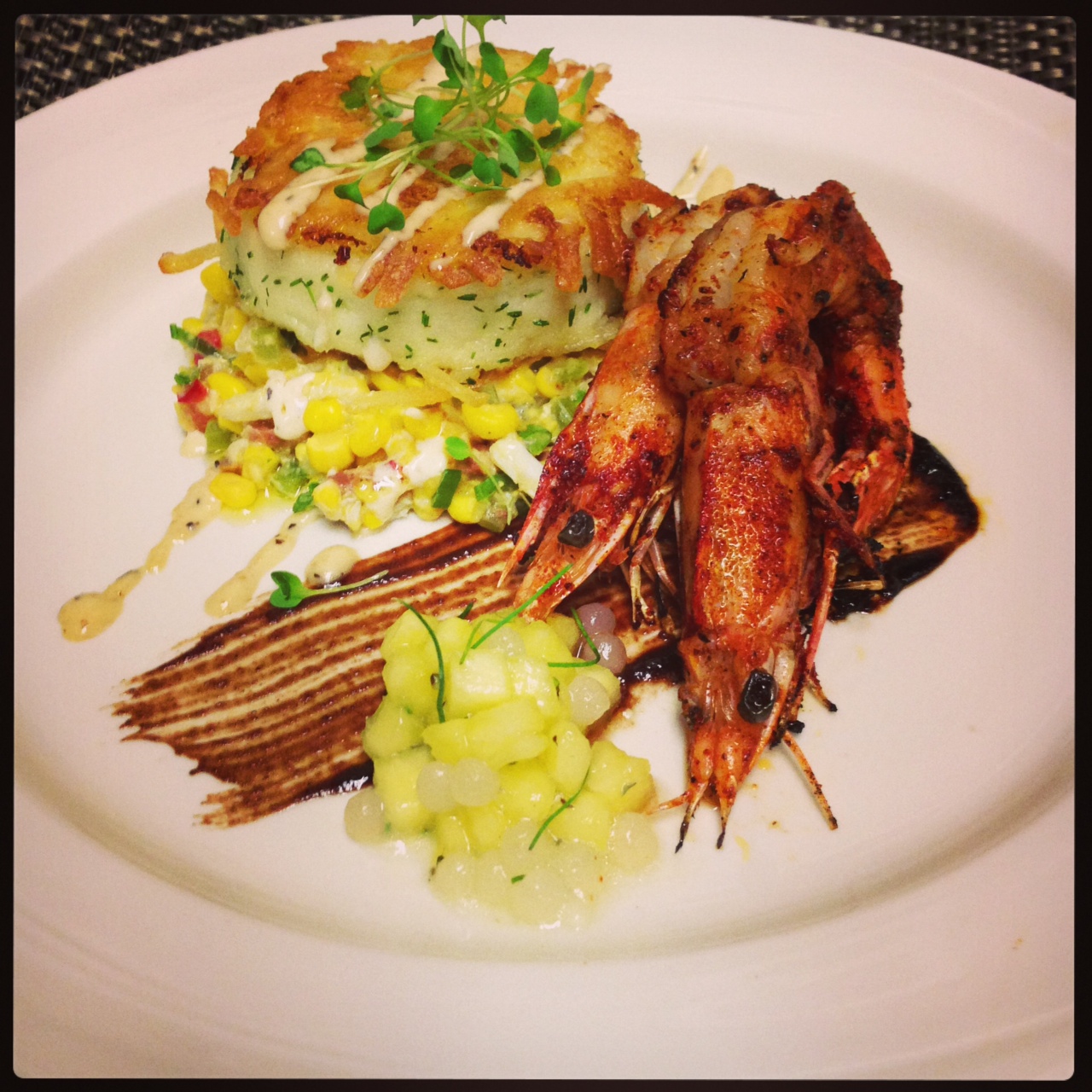 The shrimp were blackened to perfection in a trusty cast iron skillet, another hallmark of Southern cooking, and glazed with New Orleans natives' favorite local beer, Abita. Tamarind gave the glaze a more complex flavor and the pineapple is what pushed it over the top, Roth thinks, along with the potatoes.

“The judges told me the potatoes were cooked perfectly,” he says. The team used a combination of two products, the potato pearls and shredded potatoes, using rings to stack them towards the sky. Crispy on the oustside, light and fluffy on the inside, the potatoes made the dish irresistible to the judges, local culinarians, including Poppy Tooker, a New Orleans cookbook author, TV personality and living legend. (See an FM video of Tooker creating a roux.)

Roth says he and Manikatova kept cool during the competition by focusing on “just executing what we had practiced,” he says. The competition, while heated at times, really brought healthcare chefs together, highlighting healthcare's collective effort to “put our best foot forward.”

The other entries in the competition were:

You can view other photos of the competition chefs at work and of their final creations here.