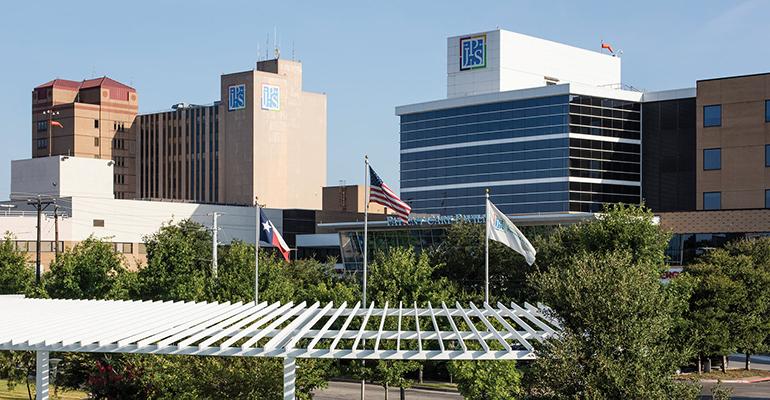 JPS Communications
The public and community hospital creates and serves more than 19,000 meals on average across the four-acre campus every week.
News & Trends>Healthcare

Early in the pandemic, it became clear to Neal Lavender, executive director of food and nutrition at JPS Health Network, that his team would need to concentrate on two things in order to mitigate disruption in food service: tight systems and steady communication.

The public and community hospital in Fort Worth, Texas, has 105 foodservice workers who create and serve more than 19,000 meals on average across the four-acre campus every week. They plan, prepare and serve all food options for their retail cafeteria and coffee kiosk and provide all meals for patients in the 578-bed facility.

When they noticed that supply chains were being interrupted across the country, the management team decided to create secondary menus to ensure they had backup plans; they knew certain ingredients, or maybe even whole orders, might not arrive on time. They also focused on boosting their inventory.

To make it all come together, Lavender says, frequent, detailed communication became a lifeline. 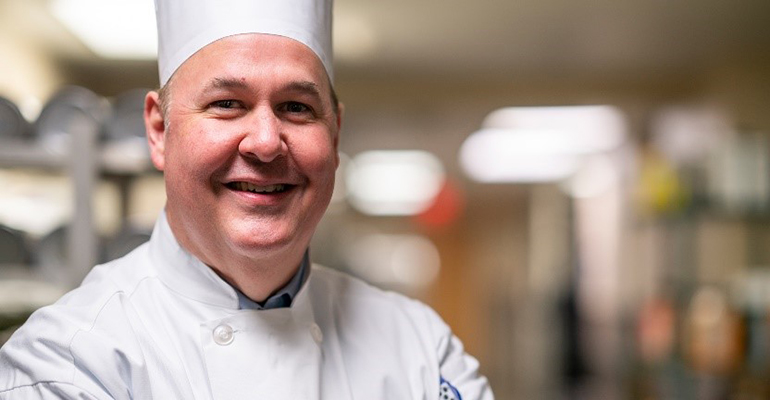 Neal Lavender, executive director of food and nutrition at the hospital, believes grab-and-go options are here to stay.

“We’re very tight knit as a food management team. From early on, we were communicating directly, from back-door deliveries all the way up to management.”

The goal was to create as much flexibility as possible in order to retain staff and help them cope with the new reality. The food and nutrition department retained almost every member of their staff. “I think,” Lavender says, “a large part of it were our efforts to work with them and get them through some of the biggest challenges of our lives.”

The same skills came into play this February, during the Texas ice storm. Though the kitchen went a full four days without a delivery and they faced days of uneven staffing as employees dealt with bursting pipes and other emergencies at home, the team delivered food without interruption.

While many institutions had to close down banks of self-service stations last year, JPS closed only one grill concept.

“We did not have self-service before COVID,” he says. “We were definitely ahead of the curve. We had that going for us.” 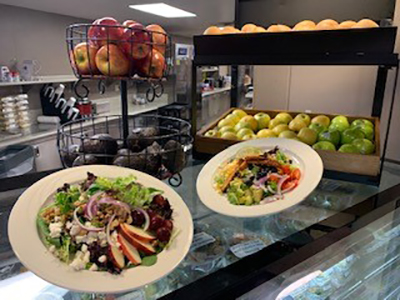 Along with heightened sanitation practices and social distancing, a central goal for their retail cafeteria was to keep lines short. Freshly packaged options replaced build-your-own concepts. Retail customers now have a choice between a Greek or a Cobb salad, for instance, instead of a custom salad created by an employee. Foods typically served hot are packed in reheatable containers. “It’s almost like a drive-thru: get ‘em in and get ‘em out quickly.”

JPS offers patients and retail customers a wide variety of southwestern and internationally influenced foods. A committee of four—the executive chef and their purchasing, retail and clinical informatics managers—develops all of their menus.

This spring they’re covering all the bases, from featured entrées and signature salads to scratch-made soups. 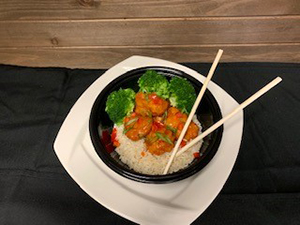 A classic Reuben and the chicken Greek gyro are favorites on the grill. The catering team makes fajita salads a hundred at a time. (During the pandemic, catering has been supporting the other production teams.)

Even in subtropical north Texas, they serve their popular soups year-round. Flagship flavors include chicken tortilla, kale and sausage and chef’s chili.

Lavender says some changes they’ve made will probably remain. He believes grab-and-go options will persist and anticipates that the team will continue turning the menu often and offering the widest variety of options they can manage. They will also continue to dream up inventive new offerings. (Sushi is a possibility.) They’re considering software to streamline ordering and meal pickup.

No matter what happens when society opens up again, Lavender has no doubts about the future of the program. As a 25-year veteran of the industry, he knows what a good team looks like.