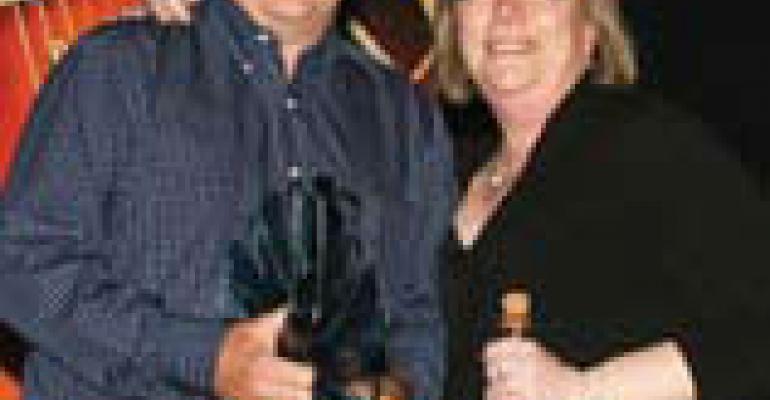 The Premier purchasing cooperative debuted a new honor at its recent annual Foodservice Forum. The Forum was held in conjunction with its 2008 Annual Breakthroughs Conference & Exhibition in Nashville in June.

The John Cabot Passion for Excellence Award “will be given to the individual from one of our suppliers who demonstrates John's unique passion and commitment to our membership,” said Joan Ralph, vice president-Continuum of Care Services for Premier.

Ralph made her remarks before presenting the inaugural Cabot Award to Ralph Prichard, national program manager for CBORD Group. Ralph noted that over the past 18 years, Prichard provided Premier “with ideas as we developed many of our program offerings and not just from the perspective of his company but what would in general strengthen our initiatives.”

Hodes was named the winner of the Premier Healthcare Alliance 2008 Illuminating Excellence Award while Jessee won the 2008 Culinary Creations Award based on voting by attendees who sampled original dishes created by four finalists at the show's annual banquet. Jessee's winning dish was a shrimp and grits combo.

Hodes was cited “for his commitment to providing Baptist Hospital patients, guests and employees the healthiest, tastiest foods possible, as well as his dedication to environmental responsibility,” says Debby Kasper, RD, LD, manager of clinical nutrition at Premier.