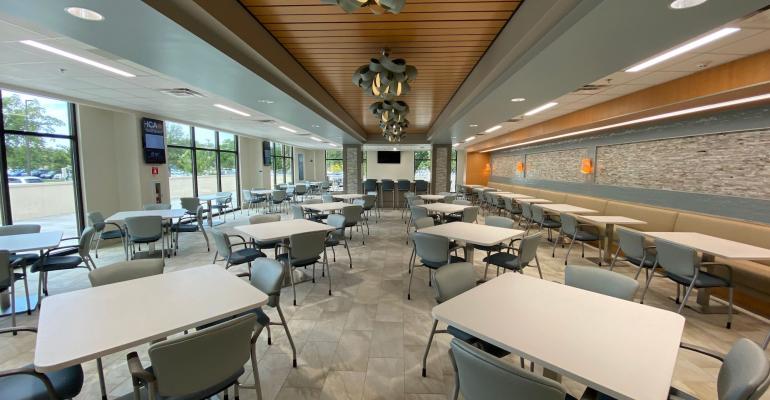 Orange Park Medical Center (OPMC) in Florida recently debuted a brand-new cafeteria and production kitchen as part of a larger expansion project that also will include a new patient tower. The eatery, called the Orange Grove, is operated by OPMC’s dining services provider Sodexo and features four hot food concepts along with an outdoor dining area. Meanwhile, the kitchen is designed to produce patient meals for the entire 365-bed complex as well as for the Orange Grove retail operation. OPMC Nutrition Services generally serves around 1,800 meals a day to patients, visitors and staff.

The new dining infrastructure is actually a “renovation, remodel and expansion” of the medical center’s original cafeteria/kitchen space that added 10,300 square feet to the footprint for a new total of 18,200 square feet, says Leann John, food & nutrition services director, who is not only happy with the new facilities but also glad to leave the temporary kitchen and dining space that was set up adjacent to the medical center during the year-long construction project.

“It’s always a long journey through a renovation and there are times you never imagine [it will actually reopen],” she says. “When they finally pulled that temporary structure away, nobody shed a tear.” 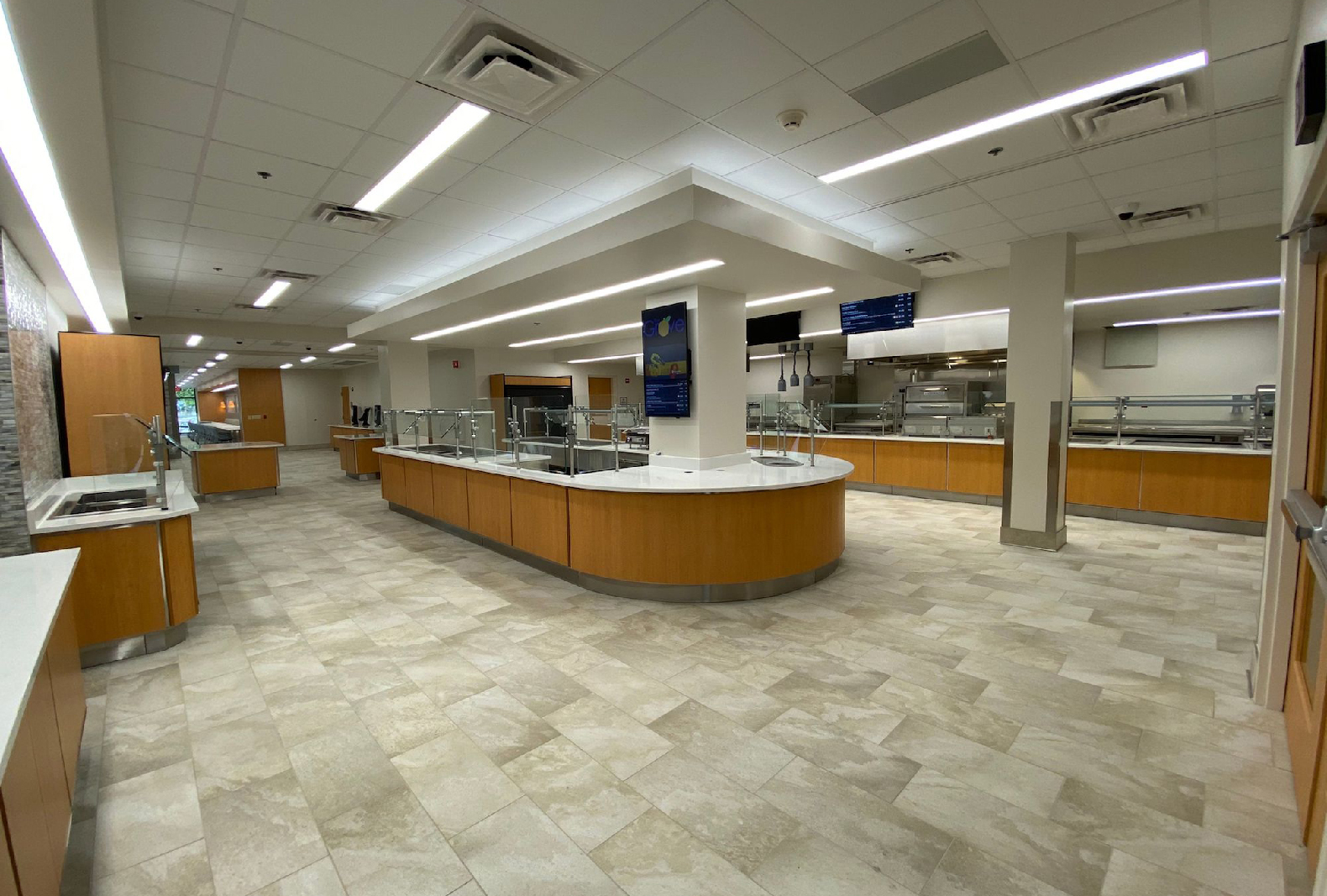 The Orange Grove, named by OPMC employees, includes a grill, a pizza/pasta station, a comfort food station and an action station that rotates various Sodexo concepts to provide variety. John says that while the pizza is definitely getting the expected attention, “anything that lets them customize”—such as the made-to-order tacos and burritos from Sodexo’s Serrano concept that rotates through the action station—draws plenty of customers as well.

The Orange Grove concepts also accommodate diners with special diets like vegetarian/vegan and gluten-free. “We have 61 culinary concepts at Sodexo and each of those can optimize veg/vegan and gluten-free options” in their menus, John notes. “That’s the exciting part, that our concepts can serve such a variety of food choices.”

Orange Grove mainly serves OPMC staff at the moment, but as the medical center is allowing visitors on the premises within limits, “once they’re inside and have checked off all the boxes, they’re welcome to join in” and savor the cafeteria’s offerings, John says. The socially distanced tables are thoroughly cleaned and sanitized after every customer and the serving areas strictly regulate proper spacing between customers. Everything is prepared and served from behind the line with no self-service of any kind.

Meanwhile, the patient menu has received a significant boost from the new kitchen, which supplies the entire OPMC in-patient population using Sodexo’s Expressly For You room service patient dining platform. The new infrastructure allows efficient production of quick-order items like pizza and panini sandwiches, and patients are enjoying a new menu with items like freshly made burgers and chicken sandwiches.

“The charbroiled burgers and chicken sandwiches have really been popular,” John notes. “it makes patients feel like they’ve just eaten at a smokehouse because they have the same smoky flavor.”

One thing she says she is most happy about with the new facilities is that her department was able to create five new positions for staff. The operation is now exploring preorder and even delivery options for time-constrained medical center employees.

Construction on the dining and kitchen space took twelve months and cost $9 million. The remainder of the $126 million project includes a patient tower that will include 48 patient rooms for medical and surgical patients. The new rooms will bring OPMC’s total number of license beds to 365.

Charles Perry Partners Inc. served as the general contractor and TMPartners, PLLC as the architect on the project.