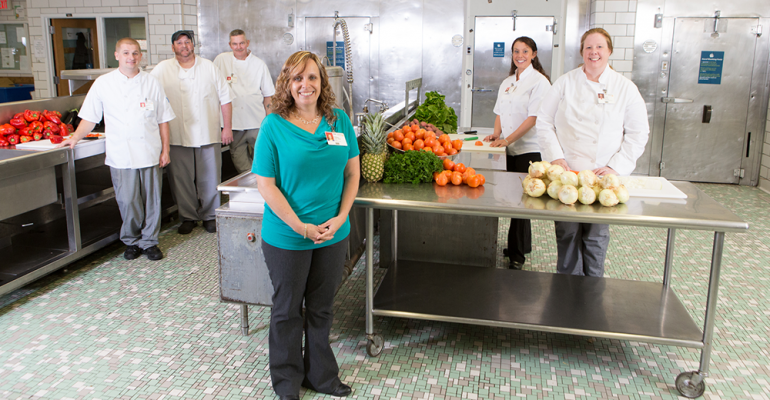 Partnership between Southwestern Vermont Medical Center and local agency Grateful Hearts collects and brings extra product to the hospital kitchen, where it is cooked into meals and delivered to social service outlets in the community.

Southwestern Vermont Medical Center (SVMC) works with a local nonprofit called The Grateful Hearts to glean extra food ingredients from area farms and businesses, then uses them to prepare meals for area social service outlets in the hospital kitchen employing hospital kitchen staff. Between July 2016, when the initiative started, and through the end of 2019, the program has produced 61,365 meals, says Tiffany Tobin, director of hospitality services.

“Dale [Coppin, founder and director of The Grateful Hearts] knocked on my door one day and asked if I had a few minutes because he had a program he wanted to talk to me about,” Tobin recalls about the origin of the partnership. “It wasn’t a scheduled meeting, so I said I only had about 10 minutes. Well, he sat down and started telling me about all this food waste he was finding and he was trying to find a way to use it. As he continued to talk, I became more excited because I realized that he had what I needed and I had what he needed, and if we put it all together, we could create something incredible for our community.” 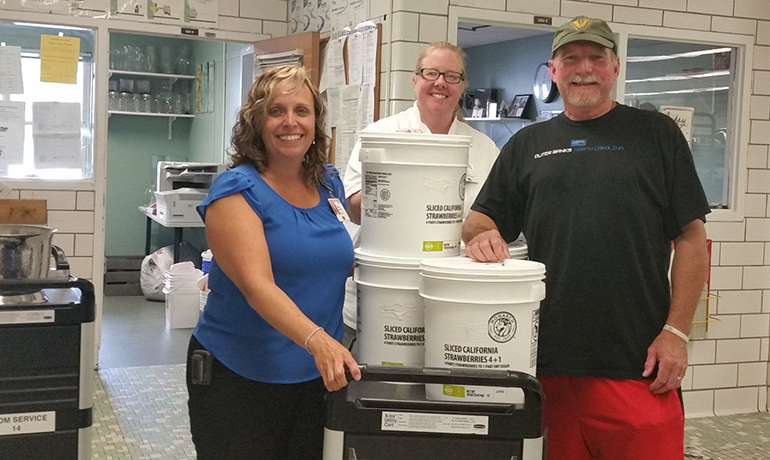 What the hospital had and Grateful Hearts didn’t was talented culinary staff and kitchen facilities to produce bulk food, while what Grateful Hearts had that SVMC didn’t have was transportation for the meals, plus its contacts with farmers, grocery stores and food processors to source the excess ingredients. SVMC also had the expertise needed to design meals to fit specific nutritional profiles, something it already does when designing patient meals.

“We sat there for a good hour, hour and a half talking about how we could potentially make all this happen,” Tobin says. “This is meaningful work for my staff, it’s meaningful work for the youth that [Coppin’s] working with, showing what hard work can do for a community. We’ve developed new relationships from this with different food pantries. It’s just wonderful.”

The hospital tries to incorporate production of the meals for Grateful Hearts into its regular workload “so we don’t add labor to the job.” For instance, potatoes for the meal program are diced along with those for in-house use so the task doesn’t have to be set up separately, wasting time, Tobin explains. 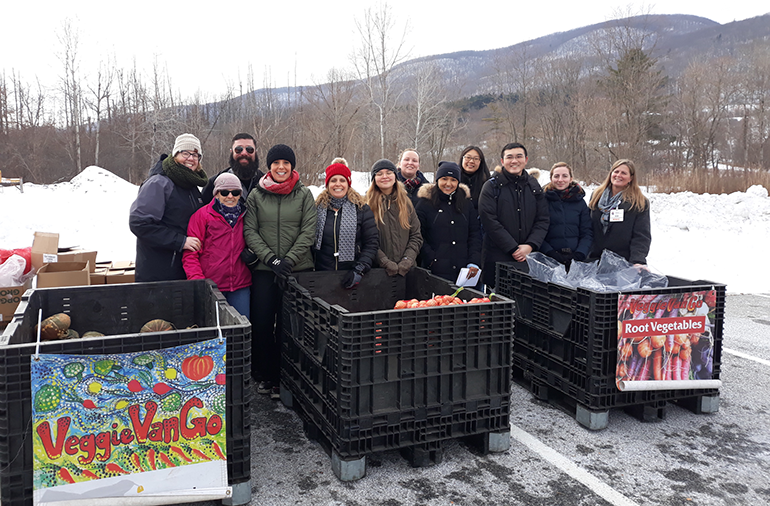 The food is delivered on average once a week, depending on how much is able to be produced, which in turn is dependent on how much Grateful Hearts is able to glean.

The partnership is just one of several operated by SVMC to build relations with the community. It also operates a healthcare shares program in conjunction with an area grower called Clearbrook Farms that provides 12 weeks of agricultural shares to cardiac and pulmonary rehab patients as well as children’s integrated services clients. “So for 12 weeks we deliver fresh fruits and vegetables once a week to them while they are here for services,” Tobin explains. The fresh produce is accompanied by demos from hospital chefs on how to prepare them into delicious dishes such as salsa.

SVMC also partners with the Vermont Food Bank to bring free fresh fruits and vegetables to the hospital once a month, a program that currently serves more than 365 families.