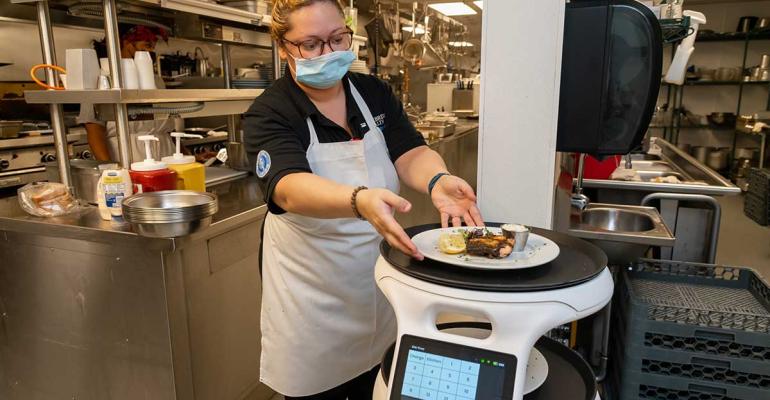 No longer an exotic curiosity, robots making and delivering food are becoming a routine sight—and this is probably just the beginning!

It was only a few short years ago that FM reported on a curious phenomenon—robots trolling across some college campuses delivering meals to students. At the time it looked like a boutique way to offer a meal delivery service, something many programs have often wanted to offer but were constrained by the logistics and labor requirements.

Automated food delivery wasn’t that new even then, as some hospitals had already been using robot “tugs” to haul meals to patient floors (and backhaul soiled trays) as well as linen and supplies around the premises for well over a decade, but, again, this was very much the exception and confined to a few tech-embracing operations.

Now, however, it seems a week doesn’t go by without news of another college announcing the rollout of robot delivery units, and not just big private universities and state schools either, as major contract foodservice firms like Sodexo and Chartwells deploy robots to schools where they operate campus dining services and automated delivery unit makers vie for market share. 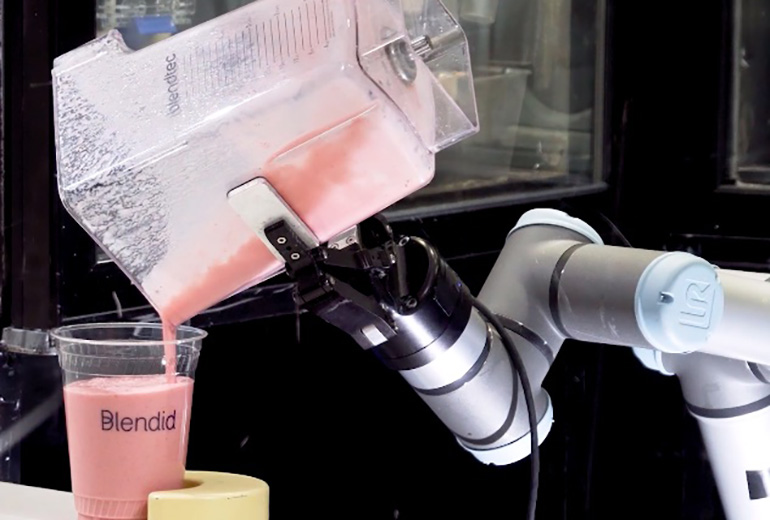 Meanwhile, robotic food stations dispensing items ranging from frozen yogurt, salads and smoothies to burgers and pizza have been cropping up across the onsite dining landscape, especially over the past year as the pressures of labor shortages have led operators to seek service alternatives.

The commercial restaurant world, of course, has embraced robotics as a promising solution to its never-ending search for efficiency that pre-dated the pandemic, when labor costs were already putting pressure on balance sheets. Now, with labor in short supply and increasingly costly when available, the demand has intensified to the point where it’s not only the back-of-the-house production end where robots are being tried and growing their presence, but even in the front of the house, where robot table bussers, servers and even greeters are popping up, a phenomenon that has also been bleeding into the senior dining world, where some communities are “employing” robots to bring out food and bring dirty dishes back to the kitchen in their dining rooms. 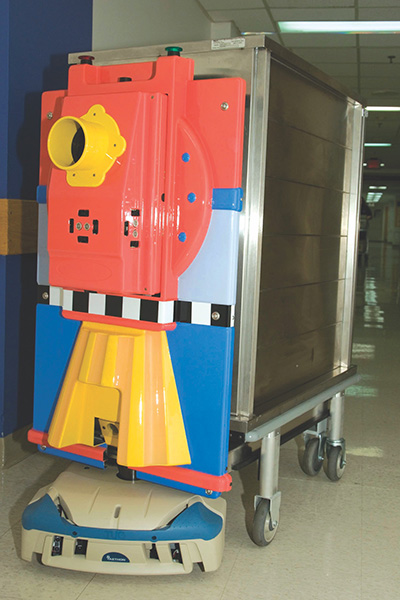 Photo: Robots have been used in hospitals to haul patient meal trays as well as linen and supplies for well over a decade. Pictured is a TUG robot outfitted like a toy train to delight young patients at Boston Children’s Hospital.

In these on-premise applications, commercial operators—given their access to financing and driven by competitive pressures—are clearly propelling innovation, with the onsite foodservice world along for the ride and reaping the benefits. Major chains are already beginning to trot out pilot forays into fully automated outlets that can quickly, efficiently and cost-effectively serve time-constrained customers with no or minimal labor needs.

The one robotic area where onsite has led the way is automated delivery technology, as the limited and defined footprints and geographies of campuses and individual buildings allowed robot delivery firms to experiment in a controlled, circumscribed environment—though with a few pratfalls and snafus along the way... 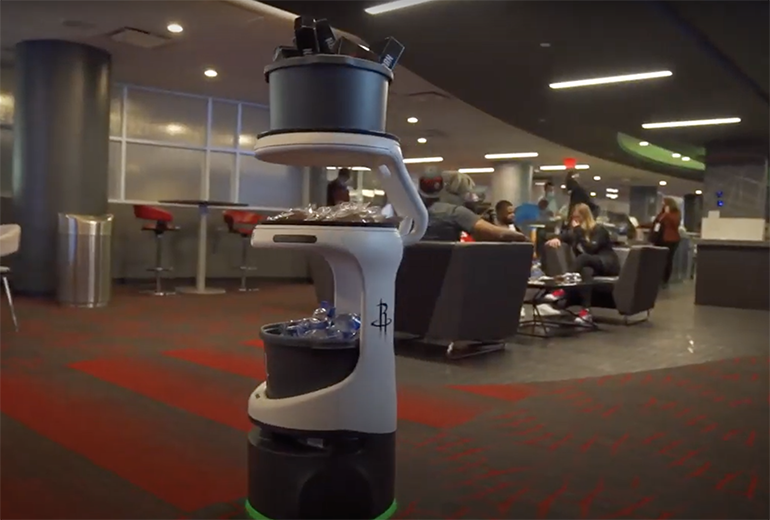 In addition, colleges have the advantage of offering a tech-savvy and tech-familiar customer base where the sight of robots is more likely to provoke curiosity than intimidation, something developers are seeking to address with their search to make robots look more “cute” or appealing, and by using artificial intelligence to have robots interact with humans—even in that most stereotypical of commiserative roles, the bartender!

But just as onsite operators have been adopting technologies originally developed by the commercial world, such as remote ordering, commercial firms are now looking at the kind of robot delivery that has been flourishing on campuses, a trend expected to boom in the coming years, perhaps in combo or competition with airborne drones. The FM Best Concept Award winning program at Bowling Green State University serves as a model of this, as the robot delivery system originally developed to serve on-campus customers was later expanded to areas outside the school grounds. 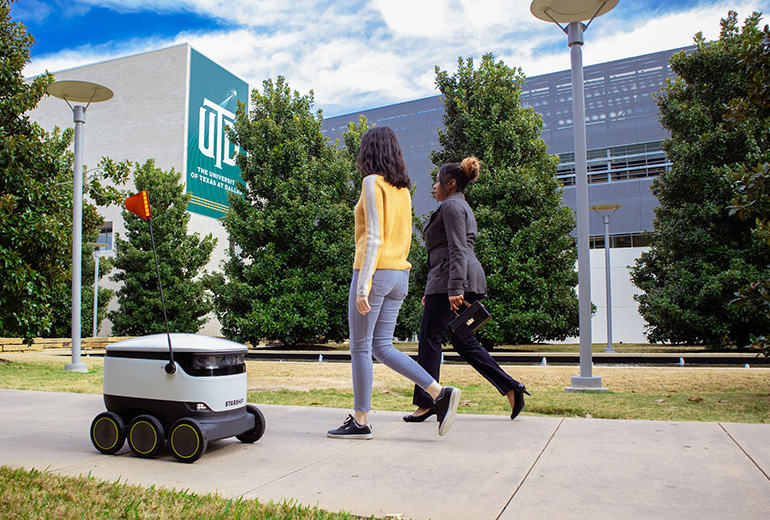 Robot meal delivery units have been a growing presence on college campuses such as at the University of Texas-Dallas.

The main logistic challenge of extending robot delivery to public areas is dealing with traffic, pedestrians and the other aspects of community life that may also exist on campuses, but in more controlled circumstances (and with a more accommodating population than is found in the public at large). Nevertheless, even grocery chains are looking at robot delivery options.

Robots and automation are clearly going to continue to expand across foodservice in the coming years, led by commercial entities looking for any edge in an intensely competitive industry. The innovations they breed will undoubtedly continue to seep into the onsite dining world as well, where competition—except among contract companies—is not the issue so much as a need to be more efficient and customer-responsive.