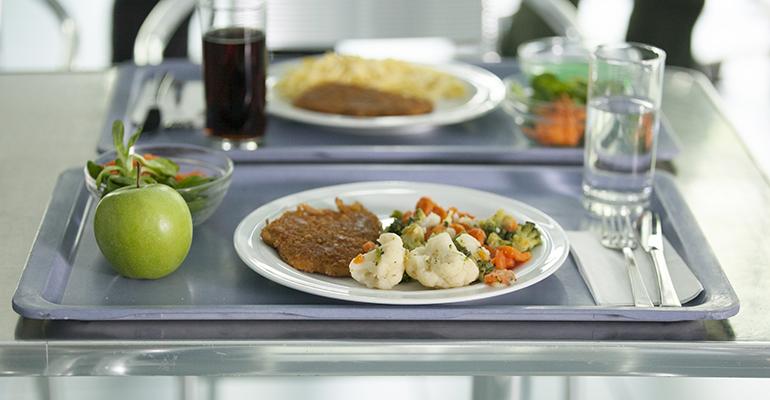 Rather than each system hospital coping on its own, twice-weekly calls involving dining and other relevant parties compare notes, stats and success stories across the UCHealth System.

Two heads are better than one, it is said, so a dozen or more may be even better. That notion underlies the thinking behind an initiative undertaken early in the coronavirus crisis by the UCHealth system that has representatives from the dining programs at each system facility getting together in virtual “reassurance team” meetings a couple of times a week.

These aren’t simply informal check-ins to compare notes or make progress reports, says Robert Portwood, system vice president for support services. Each meeting includes a formal comparison of data from a list of five key performance indicators that are tracked daily, weekly and monthly at each location, along with a discussion of successful initiatives undertaken by individual locations that might be adapted to others.

“For example, one hospital may report retail revenues up 15% while others are down 40 to 50%, so on the calls they would explain what they did,” Portwood says. The results have been encouraging as the system overall has seen less of a revenue decline over the COVID period—around 30% overall—than many others around the country that have seen falloffs well over 50% over the same period. In fact, a couple of UCHealth hospitals even saw year-over-year gains. 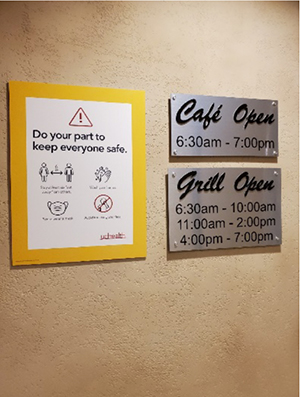 Photo: Retail dining at UCHealth’s dozen hospitals has seen less of a coronavirus-affected drop off in business thanks to a concerted effort to share best practices through semi-weekly reassurance team meetings.

The reassurance team meetings also seek to develop common programs that can be implemented systemwide to provide not only operational efficiencies but also consistent and recognizable customer experiences, he adds.

“We know that hospitals, even if they’re in a single health system, still do things significantly differently [in terms of operating dining services],” Portwood explains. “We decided we wanted our approach to be similar to a Starbucks, and what I mean by that is that you can go to a Starbucks in Marrakesh, Morocco or in Naples, Fla., and still get basically the same experience.”

Granted, the UCHealth system is not uniform as it encompasses a dozen hospitals ranging in size from the main academic facility in Aurora with over 500 beds to a scattering of smaller community hospitals with daily patient in-censuses of less than a dozen. Nevertheless, Portwood and his team felt they could still benefit from a certain amount of uniformity and certainly from sharing best practices.

“We’ve got 12 super smart food leaders across the state, so why not take advantage of them,” he notes, adding that the calls also involve representatives from support entities like marketing and the supply, which allows ideas to be implemented quickly. For instance, procurement requirements for the deployment of a menu program can be addressed and resolved, and marketing can quickly create and disseminate materials and signage for a systemwide campaign or initiative in a few days. 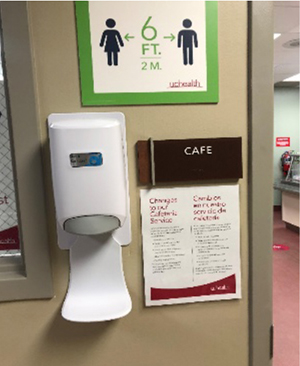 Photo: Retail dining in UCHealth hospitals has seen a greater reliance on shared practices and uniform graphics since the introduction of reassurance meetings among dining heads of its 12 locations.

The collaborative meetings have also facilitated deployment of major initiatives such as a mobile-ordering program being unrolled in nine of the system hospitals in the next couple of months, and even allowed infrastructure changes such as “knocking down a few walls” to add more grab-and-go space thanks to the closer engagement with facilities departments the meetings encourage. Lean process engineers came in to examine serving areas and improve customer traffic flow around stations, helping cafeterias not only to maintain social distancing while serving customers but also mitigating the sight of long lines that can discourage sales.

Other ideas growing out of the meetings involved scattering kiosk service stations at intercept points to catch potential customers outside the traditional servery, and even to set up mobile action stations that keep customers from congregating in the cafeteria.

One thing the team definitely learned from the reassurance meetings was that ideas can adapt to different environments no matter where they originated, Portwood offers.

“What we’ve historically done is we said, ‘Well, the big [hospitals] have to do it this way, the medium ones have to do it this way and the small can only do this,’ and what we found was that some of the small hospitals actually provided some of the best insights because they had a smaller team and they were able to more quickly pivot and then they were able to share that with the larger facilities that had a bigger ship to turn [to make changes],” he says.