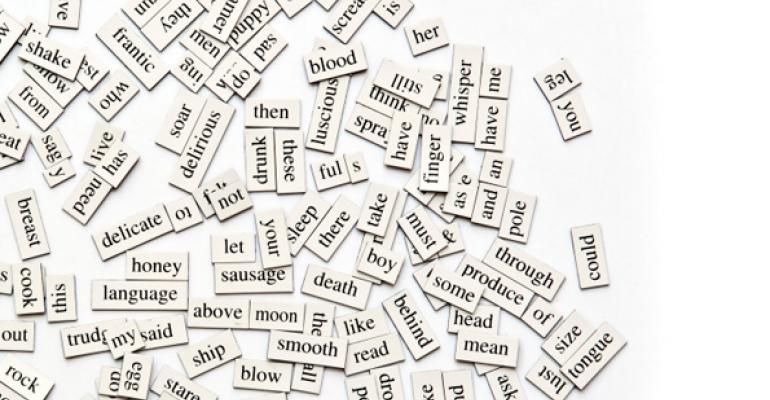 Language is a powerful thing. Especially in the workplace, as Cathy Babbs, MS, RD, DHCFA is well aware. In her role as director of food and nutrition services at Sarah Bush Lincoln Health System in Mattoon, IL, Babbs has been the driver in developing  ‘Words that Work,’ an evolving spreadsheet that changes the tone of everyday conversations between her staff and the department's patients and customers.

To develop the list, Babbs has reached out both within the hospital and to operators across the country via her peer network in the Association for Healthcare Foodservice.

Why is it better to say “We have an opportunity to improve,” rather than “We have a problem?” Or “safety tray” instead of “isolation or protective tray?”

“The word ‘isolation’ makes people feel as if they’re being excluded—isolated. Safety tray just means it’s for your safety. It sets a more positive tone,” Babbs says. “It’s important to talk about which words don’t work. Custodial Services doesn’t like to be called ‘Housekeeping.’”

Many of the terms come from the context of serving patients in a room service setting.  Dirty trays become “completed trays.” Instead of “Good,” things are “Excellent.” Rather than telling a patient, “I’ll be right back,” staff should say, “I will be back in five minutes.”

Think how a customer may react to hearing, “No free refills.” “Soda refills are $1” sounds a lot better.

Good customer service also starts with saying, “We get to” instead of “We have to.” It’s not “We’re really busy today,” it’s “We’re really productive today.” The context provided by everday workplace phrases can change the attitude of employees and the impressions they leave, Babbs says.

An administrator that Babbs worked with used to harp on people who said, “No problem.” Babbs herself was guilty of using that phrase, and has worked to change her habit and say, “My pleasure.”

“Once you become aware that you’re overusing a certain phrase, it’s amazing how much you catch yourself doing it,” she says. “I have my supervisors let me know. Give people permission to correct you, and everyone can improve.”

Some of the terms relate to how managers communicate with staff.

“This is important because (as a manager) it gets you closer to your goals,” Babbs says. “If you’re trying to achieve something in terms of project management, using the right words will get you more support. Again, it’s about positive vs. negative.”

Instead of saying “You should…” a manager could say, “I invite you to…” When a mistake is made, it’s “Help me understand…” not “Why did you…?”