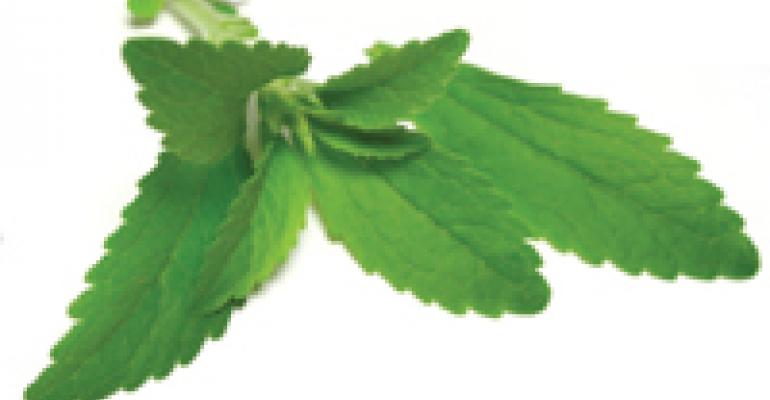 Stevia-based sweeteners have received FDA approval and are being marketed as a &#8220;natural&#8221; sweetener alternative.

The latest no-cal sweetener is heading to market following FDA approval last December for its use in food and drinks. The product is an extract from stevia, a plant native to Central and South America, and both Coca-Cola and PepsiCo (in partnership with Cargill and Merisant, respectively) have introduced FDA-approved stevia-based sweeteners. Coke/Cargill's is Truvia while Pepsi/Merisant's is called PureVia.

Stevia is seen as a desirable product because it is supposed to be “natural,” being derived directly from a plant used for centuries by natives. Stevia leaves contain a substance that is several hundred times sweeter than sugar but has no calories. In fact, stevia plants are widely available in garden stores for those who want to add them to their herb gardens. Chewing the leaves yields a sweet taste hinting at licorice (it disappears when the leaves are processed).

Stevia sweeteners have been approved for years in many countries outside the U.S. Until the recent action by the FDA, the commercial use of stevia extracts in this country was limited to dietary supplements.