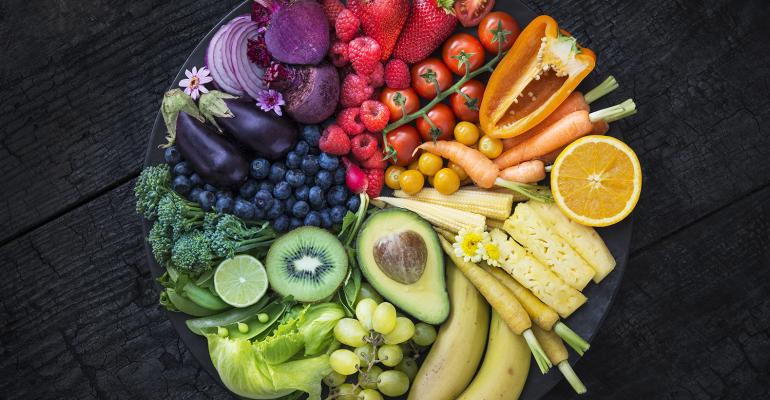 This and George Washington University postponing its new dining plan due to construction delays are some of the stories you may have missed recently.

The $300 billion Budget Act of 2022 passed by the California state legislature and signed by Gov. Gavin Newsom includes $600 million for public school kitchen infrastructure, upgrading, and training, and $100 million for securing plant-based ingredients. “I am very excited to see plant-based school meals included in this year’s budget," said Assemblymember Adrin Nazarian, who led the effort to include the funding in the budget bill. "Having this optional program for schools, in addition to their existing meat and dairy menus, will allow for an inclusive selection for our students. Many school districts across our state have a sizable student population that requires or wants plant-based or restricted diet options and cannot afford the sometimes-higher prices. This year’s budget is a sizable step towards empowering schools to respond to their students’ needs.”

Less than a year after announcing the construction of three all-you-can-eat dining halls, George Washington University has announced a delay in the deployment of its new dining plan as none of the dining halls are expected to be completed in time for the start of the fall semester. Officials said the all-you-can-eat dining hall in Thurston Hall is now expected to open by mid-September and Shenkman Hall’s cafeteria next spring, while plans for an all-you-can-eat hall in District House were abandoned last month in favor of a more traditional vendor setup.

The School Nutrition Association (SNA) has welcomed Lori Adkins, Child Nutrition Consultant for Oakland Schools ISD in Michigan, as its president for the 2022-2023 school year. An SNA member since 1997, Adkins spent 25 years working as a school food service director in three different districts in southeast Michigan before taking on her current position with Oakland County’s 28 school districts in 2010.

The Georgia State Dept. of Health is investigating a possible food-borne illness at one of Atrium Health Navicent's cafeterias in Macon, where at least 10 people reported getting sick after eating there. While investigators are still questioning those 10 people and others at the hospital, they believe the problem likely stemmed from supplies coming into the cafeteria and not from food-handling problems there and may be connected to food served at the cafeteria's salad bar, according to Michael Hokanson of the state's North Central Health District.

Dick Cattani, who had served as CEO of Restaurant Associates (RA) and CEO of Compass Group's Premier Catering Group, passed away earlier this month, the company announced. Named head of RA's fledgling Managed Services division in 1981, Cattani was responsible for vastly expanding its onsite dining business in the high end arts and corporate dining markets over the subsequent two decades, earning him an IFMA Silver Plate Award in 2005. He continued to serve as RA's CEO following the spinoff of the company's commercial restaurant operations in 2006, leading RA to further growth that earned it the FM Best Concepts Best of Show Award in 2014.