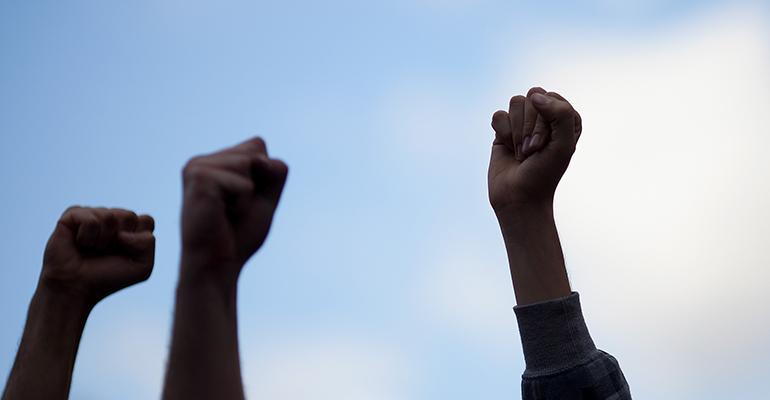 This and more are the things you missed for the week of Nov. 30.

1.    Chicago students plan school lunch boycott
Since the inception of the Healthy, Hunger-Free Kids Act (HHFKA) in 2010, boycotts of school meals have been taken place across the country. Most of those boycotts were during the first year or two of HHFKA’s implementation. Students in Chicago Public Schools (CPS) are now planning to boycott their school meal program, saying the meals lack variety, aren’t healthy and are poor quality. The students at Northwest Side High School have created a petition demanding CPS and its foodservice provider Aramark make improvements to the school meal program. As of Thursday, Dec. 3, more than 750 people had signed the petition on MoveOn.org. The students have also posted photos of meals they say are inadequate, including a hamburger with blue plastic inside and a moldy pear. Upperclassmen are boycotting lunch Dec. 3 and Dec. 4, and hope the boycott will go schoolwide the following week.

2.    Minneapolis hospital to close McDonald’s
Fast food joints in hospitals have long been the target of health activists. Many have already closed and now another hospital joins the ranks: Abbott Northwestern Hospital in Minneapolis, which is shutting the doors to its McDonald’s, ending a 25-year arrangement with the fast food joint. The health system will have to pay for terminating the contract early, but officials say the system’s focus on healthier dining options warranted the move. The system is also removing sugar-sweetened beverages in its vending machines and cutting high-fat foods in the cafeterias.

3. Six large districts give the spork the axe
The spork: It’s a telltale sign that you’re eating in a school cafeteria. For nearly 2.8 million children, however, that’s all about to change. The Urban School Food Alliance—composed of the foodservice teams at the Miami, Los Angeles, Chicago, Dallas, New York City and Orlando school districts—are scrapping the plastic spork in favor of knives, forks and spoons made from compostable materials. The Alliance is using its purchasing power to get lower prices on better quality and more sustainable options. In addition to the sporks, the Alliance has replaced Styrofoam trays with a compostable option and is buying antibiotic-free chicken.

Read more: The venerable spork’s days are numbered as school cafeterias move on

4. Major food companies announce new labeling initiative
Noncommercial dining locations have been providing nutrition information for customers for quite some time. Now, some of the largest food manufacturers and grocers are getting into the game and providing customers “instantaneous access” to product information through their smartphones using QR codes. The companies will provide some of the typical information like ingredients and allergens but it will also include data on animal welfare, environmental policies and GMOs. So far more than 30 companies have signed onto the SmartLabel initiative, including Pepsi, ConAgra, Hormel and Coca-Cola. The technology will be available on 30,000 products by the end of 2017.

5. Student-created startup provides campus meals
There’s a new way to get food on campus. Myoncampus Chef, a startup created by two students at Northeastern University, allows students to host and attend dinners on campus. The founders were international students and noted how hard it was to find authentic international food on campus, prompting them to start Myoncampus Chef in the hope that students would host other students, cook an authentic ethnic meal and share their culture with others. Students pay $15 to attend the dinners, which they sign up for online.

This isn’t the first time international students have bristled at the lack of authentic foods from their home countries being offered in campus dining locations. Does Myoncampus Chef pose a threat to dining services? Perhaps not, but there’s clearly a need not being met, creating an opportunity for those who step up to the plate.