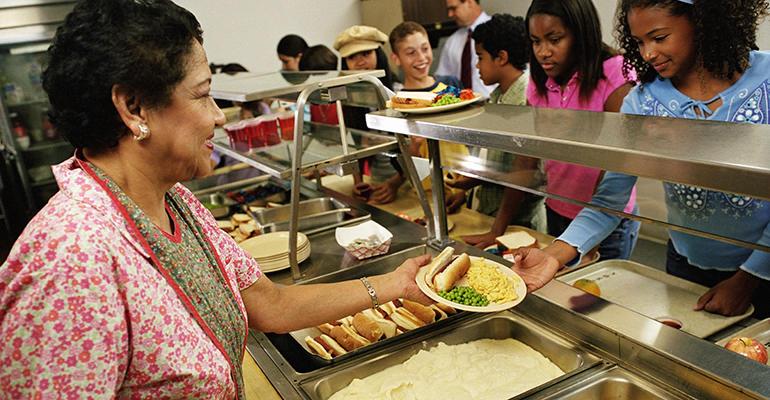 This and Mayo Clinic foodservice workers winning major pay raises in a tentative new contract agreement are some of the stories you may have missed recently.

The Food Research & Action Center and 32 national organizations have signed a letter urging Congress to quickly expand community eligibility in the upcoming Senate version of the Child Nutrition Reauthorization bill. The letter calls on Congress to quickly pass legislation that incorporates key provisions from the Healthy Meals, Healthy Kids Act, such as lowering the eligibility threshold from 40% identified students to 25%, raising federal reimbursement and creating a statewide community eligibility option.

Even as expansion of community eligibility (CEP) is debated, its effect on other programs is coming under scrutiny because it eliminates the use of the free and reduced-price meal applications, data that not only determine eligibility for subsidized school meals but are also used to track student outcomes for research and in some cases to help disburse state funding to schools and districts. In the 2021-22 school year, one in three schools participated in CEP, which allows high-poverty schools and districts to serve free breakfast and lunch to all students without families filing applications.

Unions representing 600 food service staffers who work on Mayo Clinic campuses in Minnesota announced a tentative contract agreement that includes a minimum 7.5% raise on top of the 2.5% raise they received in July that will be retroactively paid back to July 1, 2022, as well as future raises between 2.5% and 3% that add up to an additional 10.5% over the term of the five-year contract. The agreement announcement from SEIU Healthcare Minnesota—part of the coalition of unions that negotiated the tentative agreement with contract firm Morrison Healthcare—estimates that members could see as much as a $5 increase in pay by the end of the agreement, while employees who work at Mayo Clinic's regional facilities may receive up to 12.5% pay increases based on location.

Rock star Jon Bon Jovi and his wife Dorothea recently celebrated the grand reopening of the outlet of their JBJ Soul Kitchen concept on the Rutgers University–Newark campus, which hadn’t been fully operational since the COVID-19 pandemic began. JBJ Soul Kitchen is designed to battle food insecurity by serving healthy, chef-prepared meals to students, faculty and community members who have the ability to pay, as well as those in need, with food-secure diners asked to pay-it-forward by making a minimum donation of $12, use a donated meal plan swipe or volunteer their time by participating in activities around the restaurant or in other campus dining locations to cover the cost of a meal.

Food inflation, lingering supply chain issues and increased gasoline prices that make travel to venues more expensive are challenging sports teams and their concessions providers, who are forced to get creative in an effort to address the rising costs with minimal effect on consumers in terms of culinary options and price. As a result, chefs are redesigning menus to replace items that face significant cost increases and consolidating other options, while companies are using analytics to examine portion sizes—do consumers need six chicken fingers or will five work instead?—and taking a closer look at their vendors.