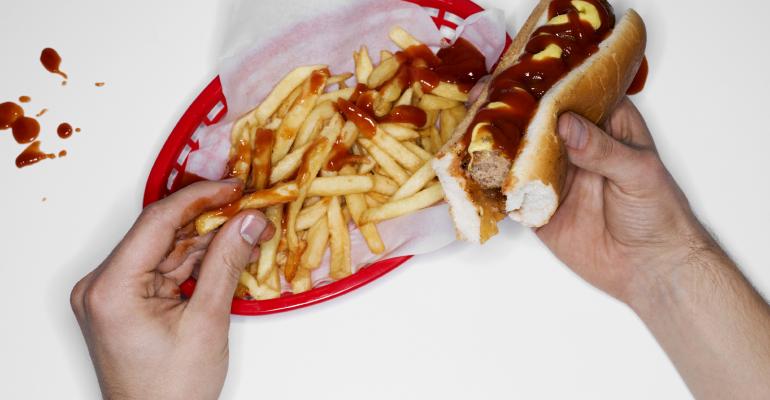 Jonathan Knowles / Stone / Getty Images
After succumbing to emotional eating in the early stages of the COVID pandemic, consumers have now turned to health and wellness in their eating choices with a focus on customized diets, nutrient intake and functional foods.
News & Trends>K-12 Schools

This and the Senate giving another go at extending universal school meals are some of the stories you may have missed recently.

After succumbing to emotional eating in the early stages of the COVID pandemic, consumers have now turned to health and wellness in their eating choices with a focus on customized diets, nutrient intake and functional foods, according to a recent report, America’s Health Pulse: Closing the Gap Between Wants and Needs, from The NPD Group research and consulting firm. Although consumers seek wellness overall, they are also homing in on specific areas such as the food as medicine movement with concern over the highly contagious and potentially deadly COVID virus leading many to consider foods and ingredients that build immunity, such as elderberry, jackfruit and bone broth.

Read more: With More Meals Prepared In-Home, US Consumers Put Their Focus on Health and Wellness

A bipartisan bill called the Support Kids Not Red Tape Act that would keep universal school meals in place through September 30, 2023 has been introduced in the U.S. Senate by Sen. Debbie Stabenow, D-Mich., and Sen. Lisa Murkowski, R-Alaska, with 50 other senators co-sponsoring. Stabenow is exploring options to tack the measure onto the Senate's upcoming $10 billion COVID-19 relief package, according to a Senate Committee on Agriculture, Nutrition and Forestry spokesperson.

A deal has seemingly been reached to prevent Senate cafeteria workers from losing their jobs, just days after they said they received notices from employer Restaurant Associates that they were being laid off. Cafeteria operations have been severely impacted by the U.S. Capitol being closed to the public for roughly two years in response to the pandemic, with a phased reopening process only recently being entered that officials say will last several months.

Peanut butter is back on the cafeteria menu after an 18-year absence in the School District of Lee County in Florida, driven by difficulty in getting menu items and the rising price of food. Food supply chain challenges have limited consistent access to protein products such as chicken and offering peanut butter helps fill that gap for a district that serves 87,000 meals a day.

Read more: How a Florida district reintroduced peanut butter after an 18-year absence

Season Health, an Austin, Texas-based food-as-medicine startup that works with dietitians to develop meal plans aimed at helping patients manage chronic conditions such as diabetes and kidney issues has scored $34 million to scale up its business, and plans to use it to rapidly expand payer and provider collaborations, grow its team and ramp up national retail integrations. “Unhealthy diets are a core reason for nearly 85% of U.S. healthcare costs,” said Season CEO Josh Hix in a statement. "While there have been decades of investment in the consumer food world to entirely digitize that industry, it is time to marry that work with the healthcare world to drive a total rehaul of nutrition in this country.” The company already has partnerships with the Geisinger, CommonSpirit Health and Cricket Health systems.

Bonus: 20 Things Mets Fans Can Eat at Citi Field During the 2022 Baseball Season